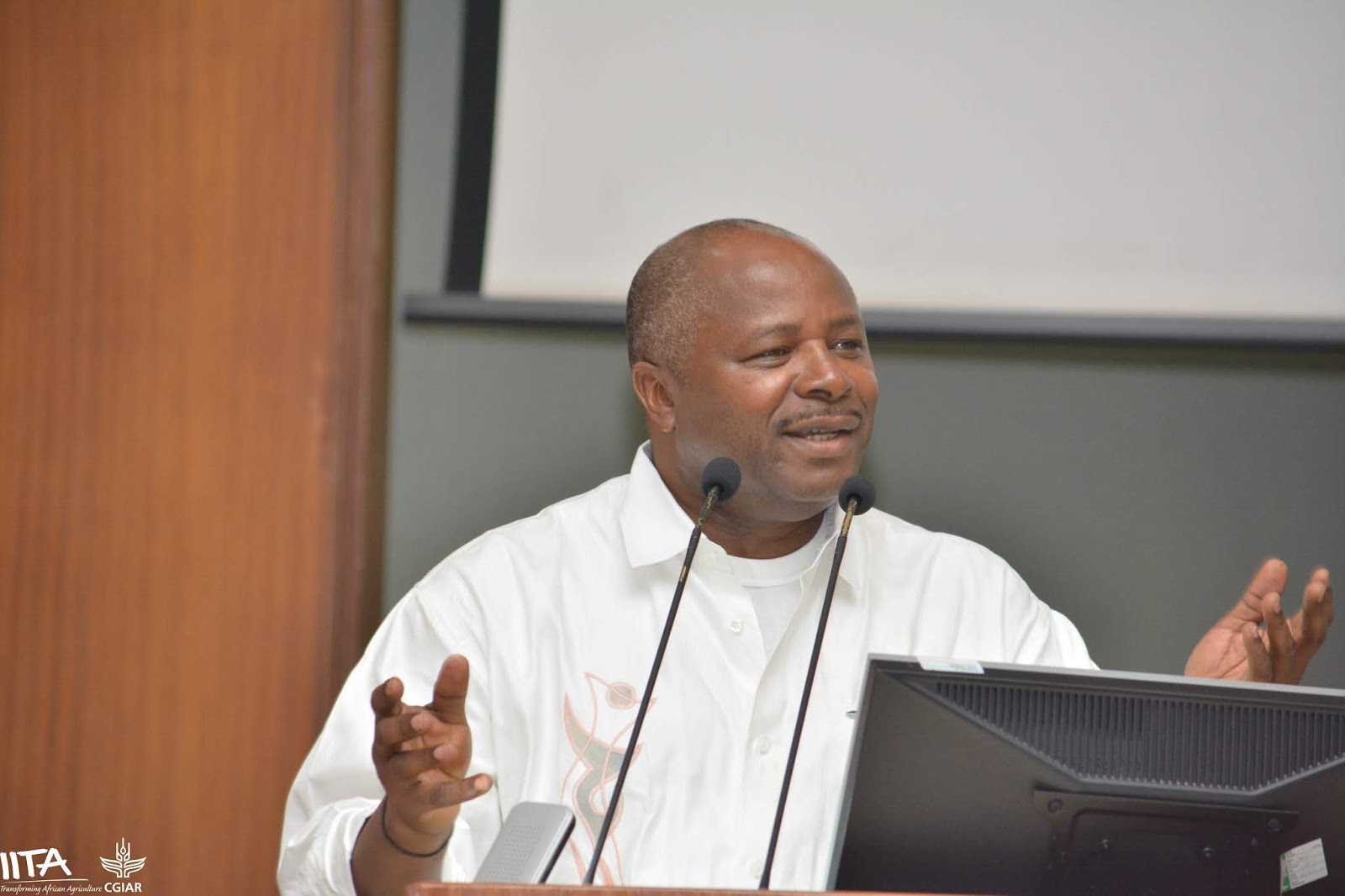 The Association of Deans of Agriculture in Nigeria Universities (ADAN) has honoured the Director-General of the International Institute of Tropical Agriculture (IITA), Dr Nteranya Sanginga, with an Award of Excellence for successfully pioneering the IITA Youth-in- Agribusiness programme.

The IITA Advocacy, Promotion and Outreach Lead Officer, Godwin Atser, announced this in a statement on Thursday in Ibadan.

According to the statement, the award was presented to the IITA boss during the 64th Annual General Meeting of ADAN held recently in Nasarawa.

It quoted the ADAN Committee Chairman, Prof. Olumuyiwa Jayeoba, as saying that the association was proud of the impact of the work that IITA has been doing, particularly among the youth.

The IITA youth programme, which initially started with no fewer than 50 youths on IITA campus, has blossomed with hundreds of young people across Africa now benefiting from the programme.

“Most of the programme’s beneficiaries are now managers of their own farms, while others have picked up other vocations within the agriculture space.

Also, Dr Alfred Dixon, the Director of Development and Delivery Office, IITA, who received the award on behalf of Sanginga, said it was an encouragement for IITA and the DG to do more work.

Dixon said the youth programme in IITA demonstrated that the rising youth population was a huge capital needed to be harnessed for wealth creation and Africa’s prosperity.

“Widely referred to as the father of youth in agripreneurship, Sanginga successfully pioneered the youth-in-agriculture initiative that has been adopted in many African countries.

“He has extensive skills in research management, developing partnerships and institutional linkages and institution building; in IITA, he has more than tripled the institute’s budget since assumption into office.

“Sanginga played a major role in the creation of the Consortium for Improving Agriculture-based Livelihood in Central Africa (CIALCA) that included three international research centers (IITA, CIAT-TSBF, and Bioversity), university partners in Belgium, national research and development partners in DRC, Burundi, and Rwanda.

“His career has also focused on building the capacity of young scientists in Africa,” he said.

Dixon added that he had also trained more than 30 doctorate candidates at the National University of Congo, School of Agriculture and the University of Zimbabwe, who now hold leadership positions in their countries.

He said that under his leadership, IITA received the Al-Sumait Award for Food Security in 2016 and the Africa Food Prize in 2018.