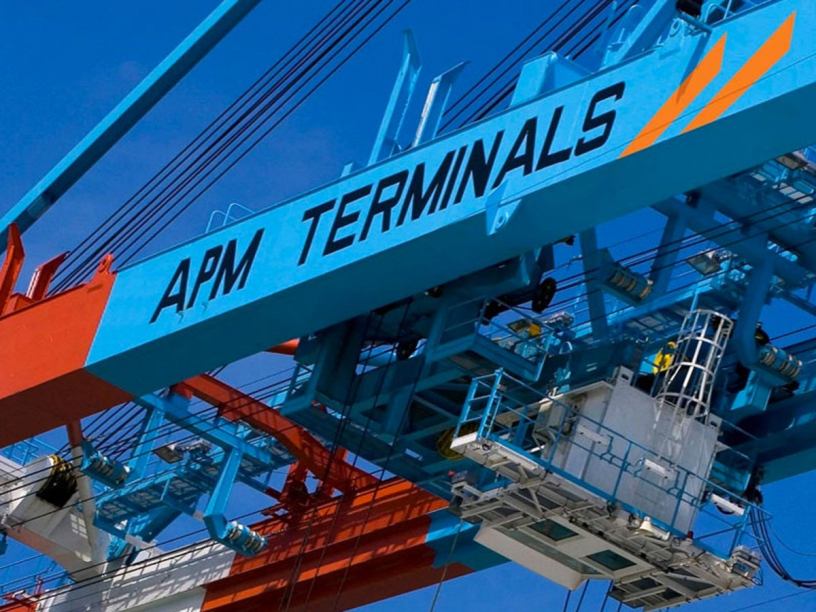 He said the APM Terminals Global Safety Day is an annual international awareness-raising campaign, to promote safe and secure working environment for workers and other stakeholders at the port.

It was reported that the theme of the 2021 Global Safety Day was, “We Lead With Care”.

According to Knudsen, safety remains the operator’s watchword.

“Safety is our license to operate and we have kept that as our watchword. We want everyone that come to work in our premises to be safe and return home without any incident,” Knudsen said.

Addressing truck drivers, the Head of Safety, APM Terminals, Apapa, Mr Felix Ugwuagbo, said the event was organised to engage truck drivers, with a view to reminding them of relevant safety rules and encourage them to abide by the rules.

“Most of you have wives and children and if you get injured, you won’t be able to work and provide financial support for your family members. So please obey safety rules to be able to work effectively,” he said.

Ugwuagbo highlighted the importance of the safety rules instituted at the terminal and which he said the truck drivers must adhere to.

“Truck drivers are very important to us. Without truck drivers, containers cannot be moved. Truck driving is a very delicate job in that, if care is not taken, anything can happen.

“The terminal is not a place you walk around as you please. It is a place that has heavy containers, equipment, and other heavy objects moving around.

“At APM Terminals, we lay strong emphasis on the safety of individuals that work in the terminal. We cannot do it alone, and that is why we say truck drivers must be aware of our safety rules.

“For instance, we emphasize the need to moderate your speed when you are driving within the terminal because you must be mindful of other drivers and of heavy equipment.

“Another rule is that smoking is not allowed in the terminal. One of the reasons why smoking is prohibited is because there are combustible items in the terminal and even in some of the containers that you carry,” he said.

Also speaking at the event, the Port Manager of Lagos Port Complex, Apapa, Mrs Olufunmilayo Olotu, commended APM Terminals Apapa for engaging the truck drivers, and described the event as the first of its kind in the industry.

“I really want to thank APM Terminals for organizing this event. Being the leading terminal operator in the country, what they did today, if you look at all the terminals, none of them has ever done it before. This is the first of its kind.

“There is a saying: ‘Health is Wealth’. You can only be active and energetic enough to work when you are healthy. Your truck must also be in good condition.

“If your truck is faulty, get it repaired. When you do this, it is for your own good,” Olotu, who was represented at the event by the Head of Safety, Lagos Port Complex Apapa, Oyedokun Oyewole, said.

Mr Babatunde Olamilekan, a truck driver, said that they would not take the gesture for granted and appreciated the APM Terminal for engaging and celebrating them.

It was further reported that the event was attended by several truck drivers as well as the representatives of the Federal Road Safety Corps (FRSC) and the Lagos State Traffic Management Authority (LASTMA), among others.

DG charges corps members to use NYSC to build yourselves, nation