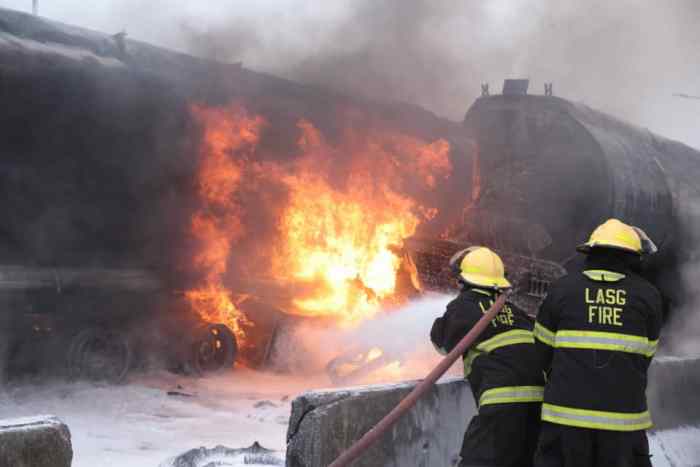 A gas tanker driver and attendant on Sunday sustained injuries while discharging product into a dispensing outlet at a filling station in ljagbo, Oyun Local Government Area of Kwara.

It was reported that the explosion occurred when the pipe conveying the gas to the dispensing outlet suddenly burst.

Although no life was lost during the explosion but residents in the affected area ran helter skelter during the period of the explotion.

Some fire fighters from the state Fire Service later arrived the area to put the situation under control.

The Director of the state Fire Service, Mr Falade Olumuyiwa, while confirming the incident to NAN, described it as unfortunate.

Olumuyiwa said the victims are receiving treatment at a hospital in Offa.

He warned owners of filling stations in the state to always take extra precaution while discharging petrol or gas from tankers.