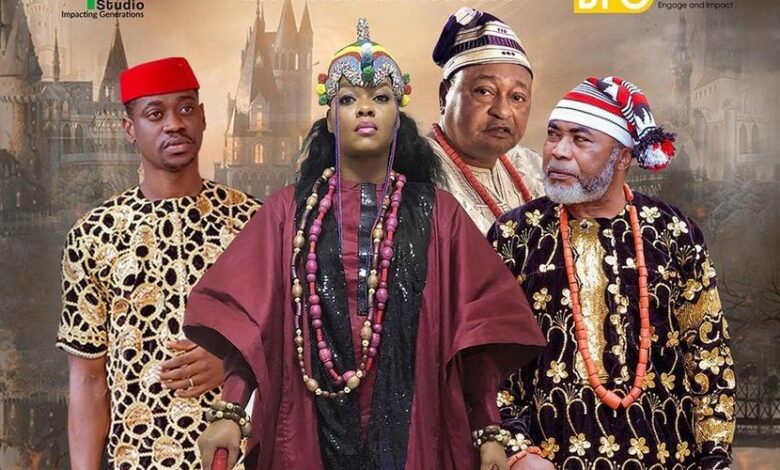 “Love Castle” movie premiered on Sunday in Lagos was meant to highlight the Nigerian culture in a positive dimension before the international community.

It was similarly to establish that there were abilities in disability.

Popular Nollywood Actor, Lateef Adedimeji, who played the role of ‘Ti Joshua’, a man with disability, in the movie said this.

Adedimeji, during the red carpet premier of the film in Lagos, told our reporter that it embraced culture and its relevance.

“We are forgetting that this is where we come from. There may be something about our culture that we need to change, but not that we should do away with it totally.

“After seeing this movie, I believe that a lot of people will be motivated and be willing to impact somebody positively in life, you will want to touch somebody in a positive way.”

Funke Ogunmola, the writer of ‘Love Castle’ said that she had conceived the concept almost a decade before she wrote the first draft of the script in 2018.

Ogunmola also the producer of the movie told our reporter that the movie was shot both in Nigeria and in the US.

“I need to let them know the beautiful things about us. We have beautiful and wonderful cultures.

“I also wanted to tell the story of disability, I wanted the world to know that they can also achieve their purposes in life,” she said.

Another popular actress, Kehinde Bankole, described the story as exciting.

“The route the movie producer went in telling this story is different. It’s entertaining; it’s rich in culture. I enjoyed every bit of the filming, “she said.

The director of the film, Desmond Elliott, said culture was well captured in the story.

“I love the way the story transitioned from Western world to Eastern Nigeria, “he said.

It was reported that part of ‘Love Castle’ was shot in Ibadan, Nigeria, in November 2019 and the other part in Houston Texas in the US, in February 2020.

The USA filming was completed two weeks before the lockdown of activities in 2020 following the outbreak of the coronavirus pandemic.

It employed English as its major language while Yoruba, Hausa, and Igbo, were used sparingly in the film and subtitled in English.