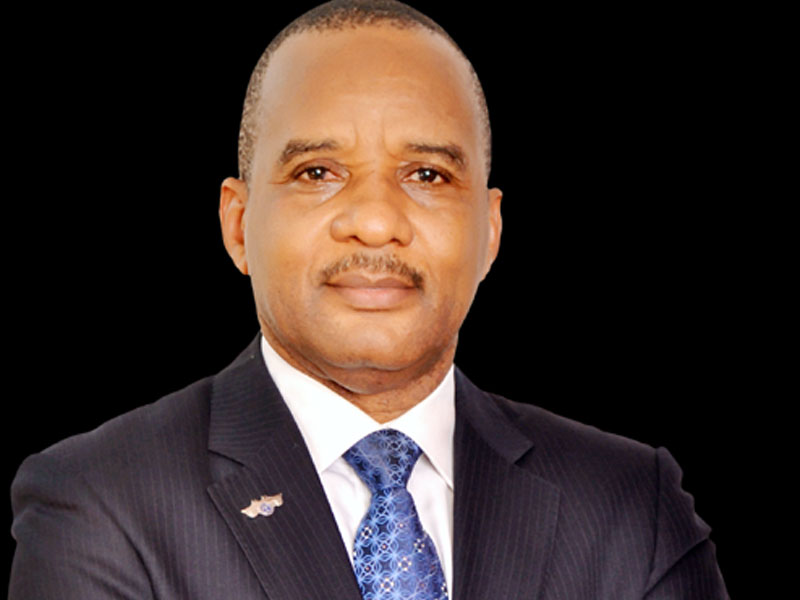 The Nigerian Maritime Administration and Safety Agency (NIMASA), has restated the need for enhanced stakeholder collaboration in tackling maritime security challenges in Nigeria and the Gulf of Guinea.

The Director General of NIMASA, Dr. Bashir Jamoh, disclosed this in a statement in Lagos on Monday, signed by Edward Osagie, Assistant Director, Public Relations, NIMASA.

Jamoh is quoted as making the call in a paper presentation at the recently held Chief of the Naval Staff Annual Conference (CONSAC) in Kano State.

The paper was on “Enhancing Collaboration amongst Stakeholders for Improved Maritime Security in Nigeria”.

The NIMASA director general was also honoured at the event by Chief of the Naval Staff, Vice Admiral Awwal Zubairu Gambo, for ensuring civil/military cohesion.

Jamoh urged Nigerian stakeholders to learn to share their ideas in a bid to close the gaps.

He said that it would also tighten the security ring around the nation’s maritime space against piracy and other maritime crimes.

The NIMASA director general observed that the sector was undermined by maritime insecurity.

He said this was despite the rich potential of the maritime sector in the areas of job creation and revenue generation, and its vital role in facilitating more than 90 per cent of world trade through shipping.

“The economic cost of maritime insecurity is very pronounced for Nigeria compared to other countries.

The NIMASA DG identified sources through which insecurity led to loss of revenue in the maritime sector.

“Studies have identified the following factors as the drivers of maritime insecurity in the region: an increase in ship traffic as a result of globalizsation; the debilitating leadership of many of the states in the region; the proliferation of small arms; poor monitoring and control of the oceans; and criminality, which have been further aggravated by visible youth unemployment.

“High level of poverty, and economic hardship were also listed as causative factors. The impacts of these challenges are far-reaching and require that all concerned should collaborate to tackle this menace,” he said.

Drawing examples from other climes, like the Regional Cooperation Agreement on combating Piracy and Armed Robbery against Ships in Asia (ReCAAP), the NIMASA boss pointed out how stakeholder collaboration had been used to tackle maritime insecurity.

Jamoh listed some collaborative efforts by NIMASA to address maritime insecurity to include the implementation of the Deep Blue project; the enactment of the Suppression of Piracy and other Maritime Offences (SPOMO) Act 2019; community engagements; strengthening of the Navies of the Gulf of Guinea (GoG) region.

He said that others are collaboration with CEOs of Maritime Industry Organisations, known as the Joint Maritime Industry Working Group (JMIWG); engagements with security forces (Nigerian Navy, Army, Airforce, Police, Customs, Immigration); and the Gulf of Guinea-Maritime Collaboration Forum/Shared Awareness and Deconfliction (GoG-MCF/SHADE).

Jamoh called for the deployment of more resources for technical assistance to facilitate capacity building and expansion of automation systems for monitoring the maritime sector.

He said this would enhance the country’s capacity for cooperation against trans-national maritime crime and terrorism with potentials to adopt a more participatory approach to maritime security.

“Working together is, therefore, a most vital approach to defend our seas, enhance maritime security, promote trade, protect the environment, and guarantee the quality of life of our people,” Jamoh said.