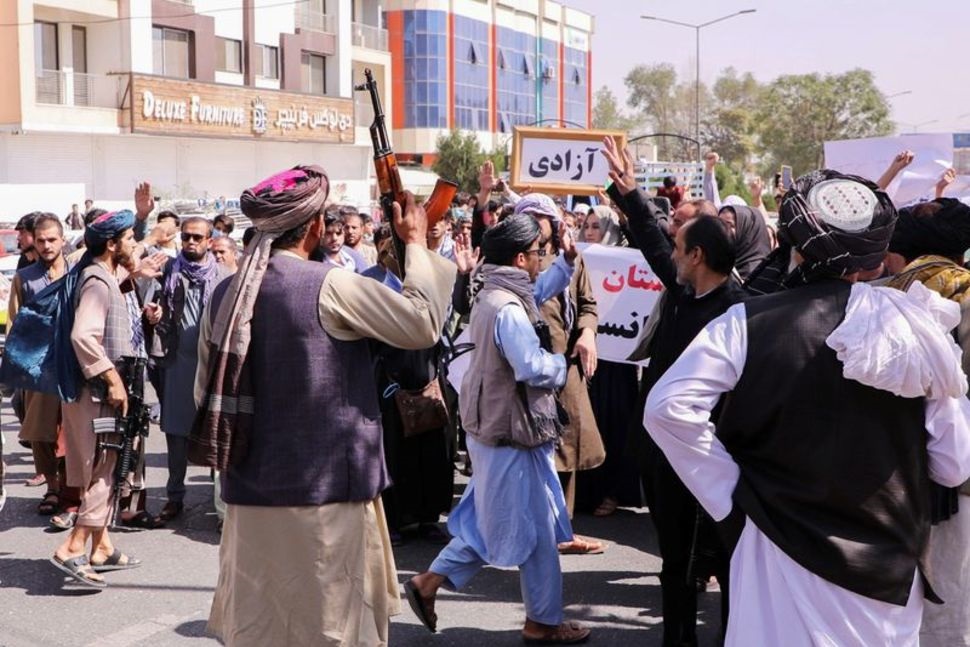 The UN rights office says the Taliban response to peaceful marches in Afghanistan has been increasingly violent, with authorities using live ammunition, batons, and whips and causing the deaths of at least four protesters.

Protests and demonstrations, often led by women, pose a challenge to the new Islamist Taliban government as it seeks to consolidate control after seizing the capital Kabul nearly a month ago.

Since the group entered Kabul on Aug. 15, armed members have roamed the streets in battlefield dress, often with no obvious chain of command.

Many city dwellers are not used to the sight, and heavy-handed security tactics have not helped.

Ahmad, a Kabul teacher who was a small child when the Taliban last ruled Afghanistan 20 years ago, has adjusted to the shock of seeing their fighters on the streets. But weeks after the city fell, he feels no more reconciled to their presence.

“People in Kabul hate them,” he said, with a city dweller’s distaste for rough fighters who have descended from the countryside. Ahmad declined to give his surname for fear of retribution.

“You should see them, they are wild-looking people, dirty, uneducated with long hair and dirty clothes. They have no manners at all.”
After 20 years of Western presence, Kabul is no longer the bombed-out shell the Taliban took over in 1996.

While it remains scruffy and traffic-snarled, with overflowing drains, patchy electricity, and no running water in many areas, it has a lively urban culture far removed from the austere rural background of most Taliban fighters.

A fan of Barcelona’s soccer team with a taste for Bollywood, Ahmad reluctantly let his beard grow and exchanged the Western-style clothes he used to wear for a traditional perahan tunban (male clothing worn by men in Afghanistan) to avoid standing out when he runs into a Taliban checkpoint.

Instead of Dari, the language mainly spoken in Kabul, he is careful to address any Taliban he meets in Pashto, the language of the south and east where most of the fighters come from.

“They have never been in a city and many of them don’t speak Dari – as well as Pashto you hear Arabic or Urdu and other languages,” he said. “They beat people in the street with their weapons. People are very afraid of them.”

“We have seen a reaction from the Taliban which has unfortunately been severe,” Ravina Shamdasani, UN rights spokesperson, told a briefing in Geneva, saying the United Nations had documented four protester deaths from gunfire.

However, she said that some or all may have resulted from efforts to disperse protesters with firing.