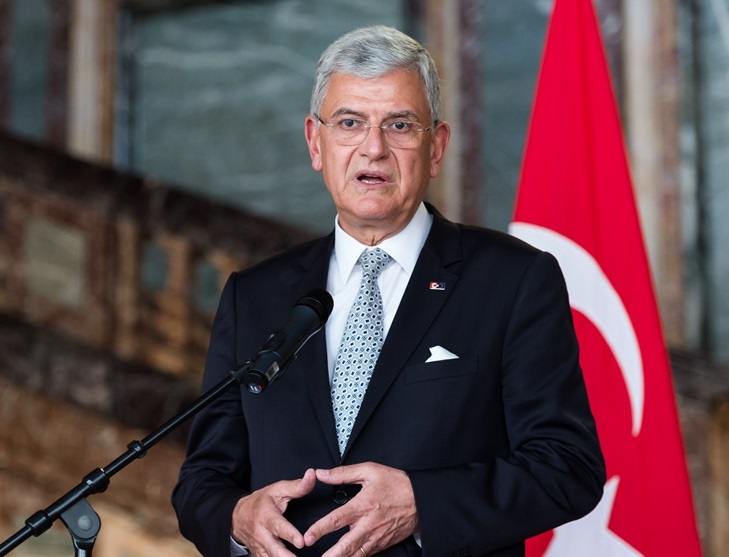 The UN General Assembly (UNGA) said it fulfilled its mandate for the session by adopting more than 320 resolutions during the 75th session amid the Coronavirus (COVID-19).

It added that it succeeded in conducting 103 formal plenary meetings in a similar health situation.

President of the assembly Volkan Bozkir disclosed this on Thursday in New York at a final press conference where he discussed the top job and steering the agenda of the world body amid an extraordinary year, dominated by COVID-19.

He said the General Assembly also held 16 high-level meetings, two special sessions, and conducted elections, including the re-appointment of Secretary-General, António Guterres for a second term.

According to him, the world is far behind in being able to solve the greatest global challenges and achieve the Sustainable Development Goals (SDGs).

He said the pandemic laid bare many false assumptions, such as effective diplomacy not requiring face-to-face interaction, or the idea that the UN could not handle a crisis of such magnitude – or that the world would inevitably continue becoming more equal, both within and amongst nations.

“I think all these myths have broken and broken resolutely. The world is much uglier than we thought,” he said.

Bozkir remembered realising, from the very beginning, that diplomacy could not be conducted virtually.

“I think we have seen much success and although we still have a long way to go, the UN is certainly more alive than it has been in 17-months,” he said.

Bozkir also pointed to an “immense focus on the need for dealing with vulnerabilities of women and vulnerable poor countries.”

As a result, two Advisory Boards were established. He believes this “nascent initiative will continue to focus on real challenges that sometimes get lost in the UN jargon.”

The last year, said Bozkir, only highlighted that the preventive tools and mechanisms available with the UN were in desperate need for review.”

“The UN cannot be a follower of crisis. It must be a preventive body, it must deliver earlier action to prevent, or prepare for, crises in the first place,” he added.

During the last year, the Assembly hosted meetings about current issues, like the crisis in Gaza, human rights in Myanmar or the humanitarian situation in Syria.

The UN top official said he hoped the body continued on this path and does not shy away from the urgent issues affecting our world.

He also remembered the 75th anniversary of the UN last year. For him, the occasion made clear “that Member States have enormous faith and commitment to the United Nations.”

In addition, he left some recommendations to his colleagues and his successor.

He believes there’s a need to streamline and deepen the work of the General Assembly. For him, “success is not measured by the number of meetings we have, but by their quality, their format, their impact.”

“We could have 25, 30, 40 so-called ‘high-level meetings’ a year, but would that be helpful if they are poorly attended or out of tune with what the world needs?

“No. We need fewer, more intense meetings that are directly related to the issue at hand and that are attended by world leaders,” he concluded.

Abdulla Shahid, from the Maldives, is taking over the role for the 76th session at the end of the month.