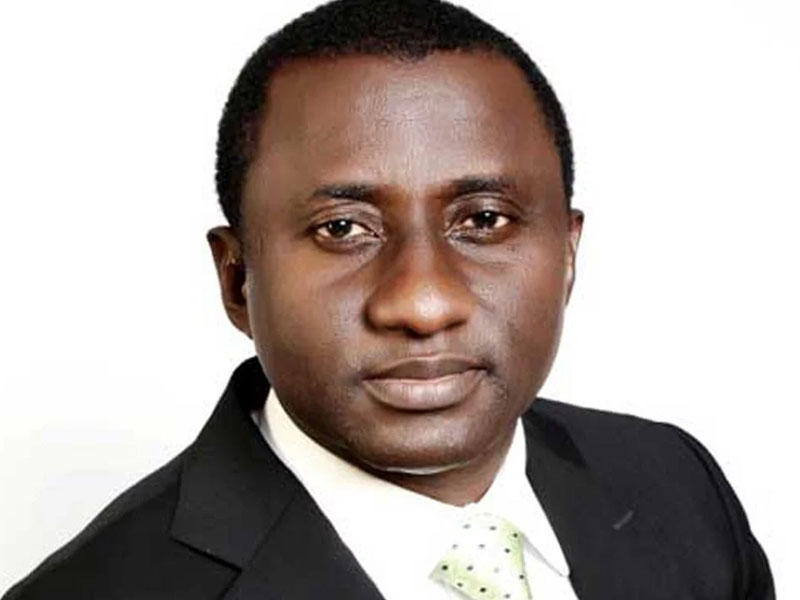 The Minister of State for Mines and Steel Development, Dr Uche Ogah, has decried the absence of support from the Central Bank of Nigeria (CBN) for the development of mines and solid mineral sector.

The minister made his views known at a two-day public hearing organised by the Senate Committee on Solid Minerals, Mines, Steel Development and Metallurgy.

The public hearing was designed to get inputs of stakeholders on the preparations of four bills and for an investigative motion for the solid minerals sector.

The others are the Institute of Bitumen Management Establishment Bill 2021, Explosive Act 1964 Repeal and Re-enactment Bill 2021 and the urgent need to investigate the loss of 9 billion dollars annually, due to illegal mining and smuggling of gold.

Ogah, while making his presentation said: “It is unfortunate that the Central Bank of Nigeria (CBN) did not believe in us.

“If they believe in us, if they support us the way they are supporting agriculture, we will do wonders for this country.

“This is one ministry that is untapped, that is unknown but that can change the landscape of our revenue.”

Ogah, who called for support in all areas for the development of the sector, said there was a need to support research for growth of the sector.

“Equally, we need to ask the Ministry of Finance to speed up the export policy on solid minerals because that is the only way to have operators into the sector.”

Ogah urged citizens to be involved in checking the activities of intruders in the mining sub-sector.

According to him, the Federal Government had gone ahead to establish processing plants for the solid minerals sector, which is currently under construction in all the six geopolitical zones.

“We are going to have processing plants for gold, bauxite, among others, to establish the downstream sector of the mines and steel development and to ensure that there is processing in the sector,” he said.

On the bill for the establishment of Nigerian Mineral Development Commission (NMDC), Ogah said he would want an enlargement of the minerals listed there.

“Let us not limit ourselves to only seven minerals because we have other minerals that are needed for industrial revolution.

“We must look at how to fast track development of these mineral resources, and so we must look at the relationship between the ministry and the state governments.

“Sates must be ready to be involved in driving the production of mineral resources, not just talking about the resources been cited in the states.

“States should work toward getting institution to help drive development of solid minerals resources in their states,” he said.

“We need to harmonise all the issues, so we could have clear direction for the growth of the sector,” he said.

The minister said the bills, when passed, would strengthen the sector.

He commended the Senate and President Muhammadu Buhari for using the ministry as the channel to drive development of the sector.

Earlier, Chairman of the Committee, Sen. Tanko Al Makura (APC -Nasarawa) said the bills were designed to accelerate the diversification of the economy from a mono-economy of oil to solid minerals.

He said the bills, when passed, would make the sector more attractive for investors, given the abundance of solid minerals resources in all parts of the country.

He said the abundant solid mineral resources in the country were largely untapped, noting that the establishment of the NMDC would help address the issue of revenue required for infrastructure development.

He said it would also assist to create employment and ultimately reduce poverty.