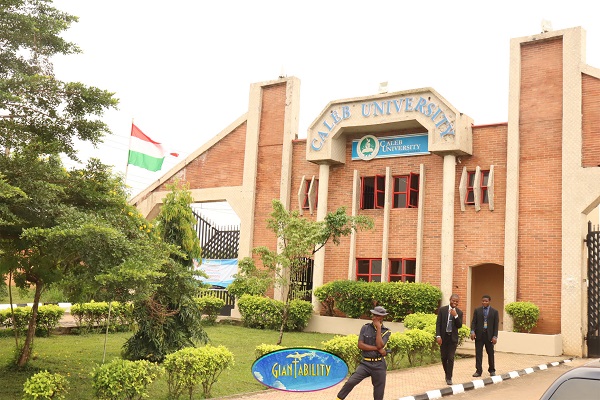 The Governing Council of Caleb University, Imota, Lagos has approved the appointment of Mr Mayokun Olumeru as its new acting registrar with immediate effect.

A statement signed by the university’s spokesman, Dr Elvis Otobo, and made available in Lagos on Tuesday, said that Olumeru took over from Mrs Folake Okor, following the completion of her tenure.

Upon completing his master’s degree, he joined the banking industry where he assiduously rose to the position of Head of Operations.

The new acting registrar equally holds a distinction certificate in Travel and Tourism Services and Level 2 award in Meet and Greet Services both from Newcastle College, Newcastle, UK.

Olumeru took up paid employment with Caleb Group of Schools in 2014, having offered gratuitous service to the school since 2010.

He served in the position of Senior Special Assistant to the founder, Caleb University/Caleb Group of Schools prior to joining Caleb University as the pioneer Deputy Registrar, Strategic Management Services.