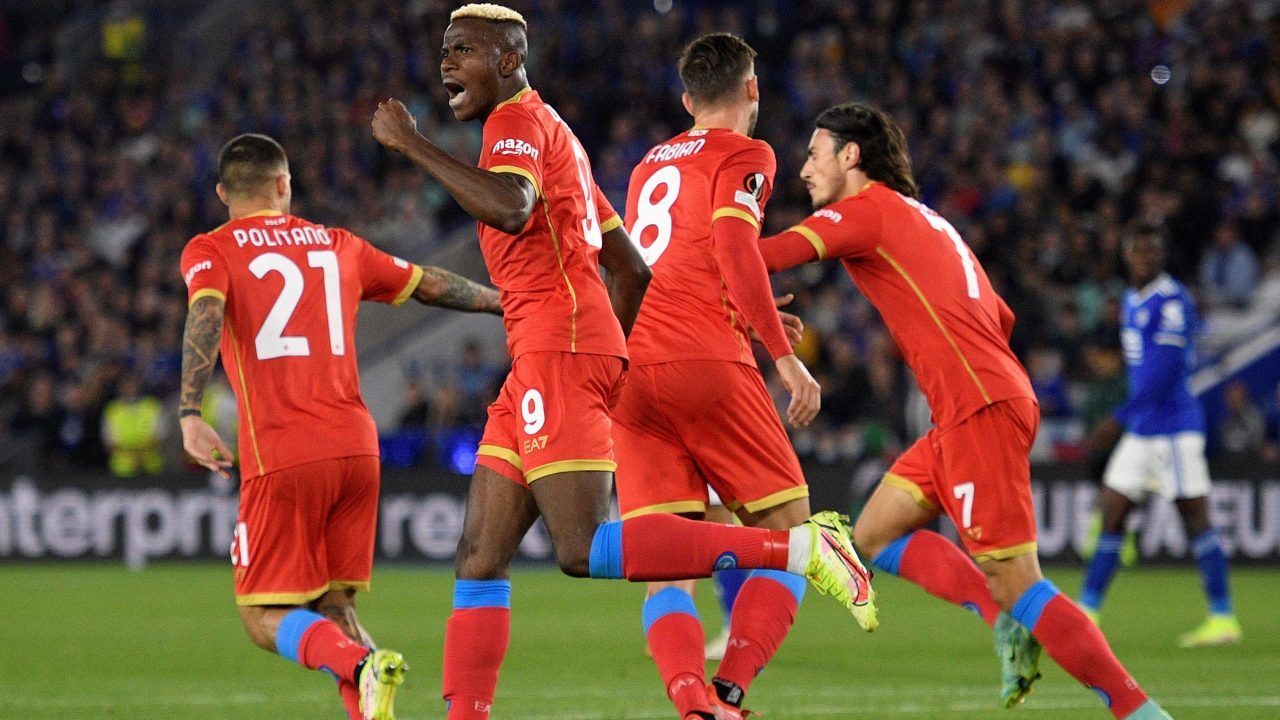 Nigeria’s Victor Osimhen denied Leicester the perfect start in the Europa League as Napoli hit back from 2-0 down to snatch a point.

The striker struck twice in the second half as the visitors deservedly grabbed a 2-2 draw in Group C at the King Power Stadium.

But Osimhen grabbed a classy lifeline for the visitors and then headed in a late leveller, with Leicester’s frustrations compounded when Wilfred Ndidi was sent off in injury time.

Police and stewards had to control a disturbance between the home and travelling fans at full time with missiles thrown between supporters.

Napoli controlled much of the game and were almost left to rue several missed chances with Osimhen, Hirving Lozano, Piotr Zielinski and Kevin Malcuit all wasteful in the first half.

The Foxes – who only introduced Jamie Vardy as a late substitute – go to Legia Warsaw, who won at Spartak Moscow on Wednesday, in two weeks.

In another encounter also played on Thursday, Steven Gerrard’s 50th European tie as Rangers boss ended in a 2-0 Europa League defeat by Lyon at Ibrox.

Cameroon international Karl Toko Ekambi fired in a terrific opener for the French side after 22 minutes of the Group A opener in Govan.

The Scottish champions had come close on a few occasions in the first half but in the 55th minute Gers skipper James Tavernier put through his own goal trying to stop a close-range shot from Islam Slimani.

Despite a huge effort from the home side, it was too big a lead to claw back.