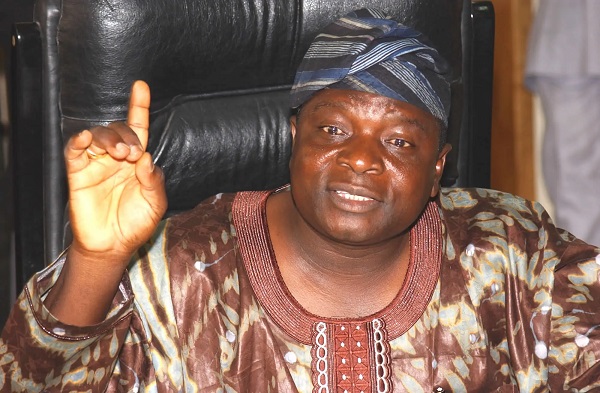 A former lawmaker and chieftain of People’s Democratic Party (PDP) in Osun, Chief Gbadebo Ayinde, says Prince Olagunsoye Oyinlola is a bridge-builder who will unite the party if elected national chairman at its forthcoming convention.

Ayinde, who represented Ede/ Egbedore/Ejigbo in the House of Representatives between 2003 and 2007, said this in an interview with our reporter on Tuesday in Ede, Osun.

It was gathered that prominent South-West PDP leaders have begun intensive consultations and working assiduously to present a consensus chairmanship candidate at the party’s National Convention slated for October 30/31 in Abuja.

It was also gathered that the South-West PDP leaders were also lobbying members of the party’s Zoning Committee on the need to produce the national chairman to strengthen PDP in the zone to clinch the 2022 governorship elections in Ekiti and Osun.

“Oyinlola has a better chance, taking into consideration his antecedents. The one-time Osun governor is a bridge builder. He has friends everywhere; the North, South, Middle-belt and the East.

“To me, Oyinlola is a candidate to beat and he enjoys the support of party leaders including former governors, legislators, as well as former and serving executives and members of the PDP,” Ayinde said.

The former federal lawmaker, who was elected under the PDP, said that the party needed a chairman with national outlook and experience that “can unite the party.”

He described Oyinlola as the best candidate with needed charisma, wide network and grassroots support across the country to lead the party and return PDP to power in 2023.

“If the national chairman position is zoned to the South-West, Oyinlola remains the best candidate from the zone.

“If we have the right chairman in office, I believe, God willing, PDP will come back into power come 2023,” said the PDP chieftain.

On the chairmanship crisis in Osun PDP, Ayinde said all the issues around the matter were being resolved by the party leadership, adding that soon, all the warring camps would be reunited again.

He said Osun PDP would be more united in order to forge a formidable front ahead of the 2022 governorship election in the state.

According to him, Sen. Ademola Adeleke, Mr Akin Ogunbiyi, Mr Fatai Akinbade and some others in the party have already indicated interest to vie for the party’s ticket for the election.