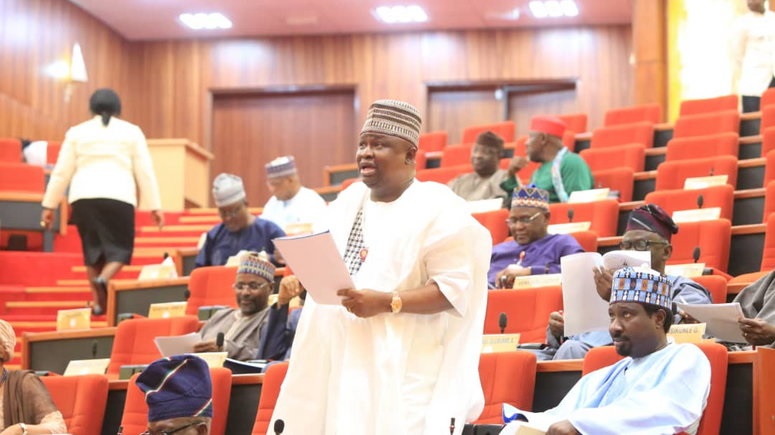 The Senate has approved the 2022-2024 Medium-Term Expenditure Framework (MTEF) and Fiscal Strategy Paper (FSP), just as it pegged oil price benchmark at 57 dollars per barrel.

This followed the presentation and consideration of the report of the Senate Committee on Finance; National Planning; Foreign and Local Debts; Banking Insurance and other Financial Institutions; Petroleum Resources (Upstream).

It was reported that the report contains 18-point recommendations.

Our correspondent reports that the Senate had on Tuesday, July 13, considered the request of President Muhammadu Buhari on the MTEF/FSP.

The MTEF/FSP provides the basic structure for the estimates and assumptions that underlie the annual budgets.

Presenting the report at the plenary, Adeola said that the committee approved the 57 dollars benchmark because of the clear evidence of wide consultations with key stakeholders.

He said, “And also because of the age long fiscal strategy of addressing the oil price shocks by the adoption of a higher than forecast oil price benchmark for fiscal projections over the medium term;

“This is in view of average 1.93 million barrels per day over the past three years and the fact that a very conservative oil output benchmark has been adopted for the medium term in order to ensure greater budget realism.

“That the projected Inflation rate of 13.00 per cent be also approved.

“That the projected New Borrowings of N4.89 trillion (including Foreign and Domestic Borrowing) be approved, subject to the provision of details of the borrowing plan to the National Assembly.

“That the Salaries and Wages Commission should review the salary structure of all the MDAs, in order to come up with a new salary structure for the MDAs that will reflect the true financial position of the Agencies.

“That the proposed budget of the Government-Owned Enterprises (GOEs) should be reviewed upward to show the reflection of their capabilities to generate more revenue as a result of the findings of the Joint Committee.”

Adeola further said that the committee also recommended the urgent implementation of the Petroleum Industry Act (PIA) recently assented to by the president in order to curtail the problems of smuggling and round-tripping of petroleum products imported into the country.

Contributing, Sen. Gabriel Suswam (PDP-Benue) said, “There are issues and we must honestly address them.

“Some of these issues since 2019 have become a recurring decimal in all the MTEFs that have been presented here.

“The issue of borrowing and deficit. We now have a deficit that has been growing year in, year out. When is it going to stop?

“These are issues that agitate the minds of Nigerians especially when it concern borrowing.

“We have a deficit that has gone beyond the threshold of the Fiscal Responsibility Act (FRA) 2007 which then means that is need we amend the FRA so as to accommodate this deficit.”

In his remarks, President of the Senate, Ahmad Lawan, said that the lawmakers needed to up their game in the area of oversight.

“Therefore, we shouldn’t confuse our system until there is a very clear cut, definite judgement by the Supreme Court.

“We should go ahead with VAT as part of the resources available to us,” he said

“We have given them all the support that is necessary. They have no reason not to improve on their collection.”