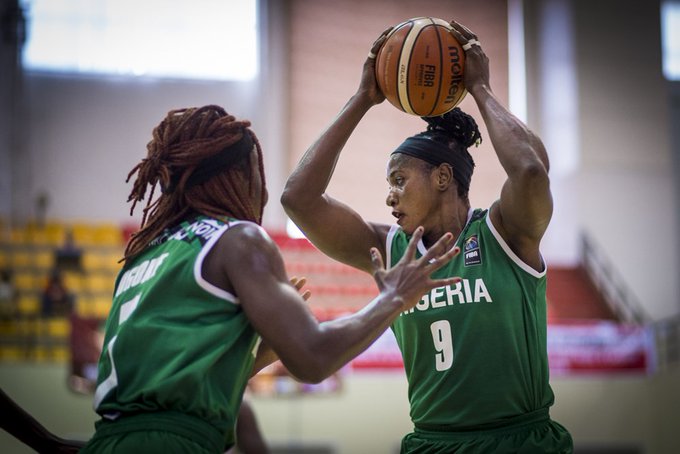 The Nigerian side, who are the defending champions and eyeing a third title in a row, won the quarter-final game’s first three quarters to establish an unassailable lead.

It was reported that the team won 24-8 and 19-13 in the first and second quarters respectively to lead 43-21 as they headed for the game’s break.

D’Tigress continued where they stopped by winning the third quarter 16-14 as the Ivorians fought back to avoid losing heavily in the game at the City Arena in the Cameroonian capital.

The losers’ resurgence continued in the final quarter, and it helped them to win 21-13, but it was a little too late as Nigeria headed to the semi-finals with a 16-point margin.

The Nigerian team improved from their last game, with tremendous success in scoring their free throws, and a good measure of success from the three-point spot.

Ezinne Kalu dazzled for the Nigerian team in the match, scoring 17 points and grabbing four rebounds, as well as six assists.

Victoria Macaulay also had eight points and seven rebounds, with one assist, while Adaora Elonu had nine points, five rebounds and two assists.

It was reported that D’Tigress will now in the semi-finals on Friday face winners of the second quarter-final pairing involving Senegal and Mozambique.