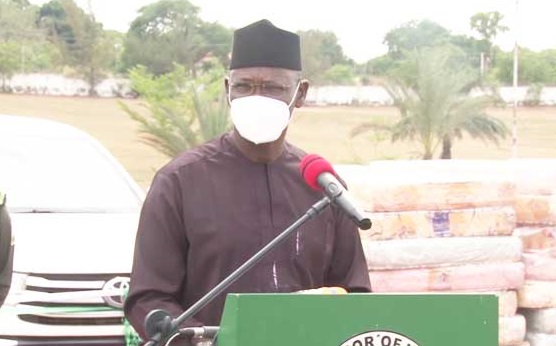 Gov. Abdullahi Sule of Nasarawa says that the ballot paper will ultimately determine who wins the Oct. 6 local government elections in the state.

The governor disclosed this through the Permanent Secretary, Ministry of Information, Culture and Tourism, Mr Yusuf Musa, on Thursday in Karu Local Government Area (LGA) of the state.

It was reported that in line with the governor’s directive, Information Ministry officials stormed the LGA to sensitise the people on the importance of the continuous e-voter registration being undertaken by the Independent National Electoral Commission (INEC).

According to governor, the process of electing leaders in a democratic setting is through balloting and called on the people who did not have voter’s card to get it so that they can choose their leaders.

“People must be allowed to elect their leaders, irrespective of political affiliations.

“Election must be differentiated from traditional title selection; ballot paper is the determinant of who will become a leader in the local government elections that will hold on Oct. 6,” he said.

The governor said massive turnout of people for the continuous e-voter registration would determine where additional constituencies would be created.

“There is a provision for the periodic review and further subdivision and demarcation of constituency every cycle of 10 years and the yardstick as provided by constitution for the division is the number of people in every polling unit,” he explained.

They promised to support it by mobilising their subjects to get registered.