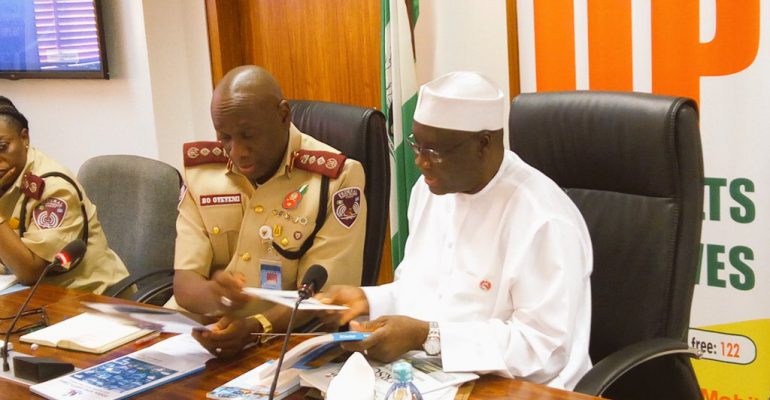 The Federal Road Safety Corps (FRSC) has called for a workable synergy between the corps and Journalists in Niger to further reduce road traffic crashes in the state.

The FRSC Sector Commander in the state, Mr Musa Muhammad, made the call during a courtesy visit to the state headquarters of the corps by the executive members of the state chapter of Sports Writers Association of Nigeria (SWAN).

“We are seeking for closer working ties with media organizations, especially radio and television stations in the state.

“This is part of the collective efforts to bring to the barest minimum breach of road safety rules across Nigerian highways.

“Enlightenment campaigns through electronic media organizations such as, radio and television in particular during ember months are very vital.

“This is through sustained campaigns on road safety rules, to reduce carnages, including deaths on our roads,” Muhammad said.

He urged journalists to assist the command in creating awareness through reports as well allocate more time for live programmes in their programmes’ schedules.

According to him, issues about best practices on highways could be discussed in such programmes to enlighten road users.

“With more air time on radio and television stations, the command would be able to educate more road users.

“They include commercial and private drivers plying intra and inter-states routes on basic safety measures that will bring to the barest minimum the loss of lives due to accidents,” he said.

The Sector Commander also said that there was need for the media practitioners as critical stakeholders, to assist the corps in ensuring an accident free festive season.

“The ember-months’ special patrol has already commenced across the nine units that make up the Command,” he said.

Earlier, the SWAN Vice Chairman, Mr Mathew Ojogbane, told the Sector Commander that they were in his office to seek for more areas of collaboration, especially sports development.

Ojogbane, solicited the support of the corps in ensuring a hitch-free conduct of the forthcoming Nigeria Union of Journalists (NUJ) inter-media games/SWAN Week.

He said that the event would feature enlightenment on how to improve general health and mental alertness through sports.