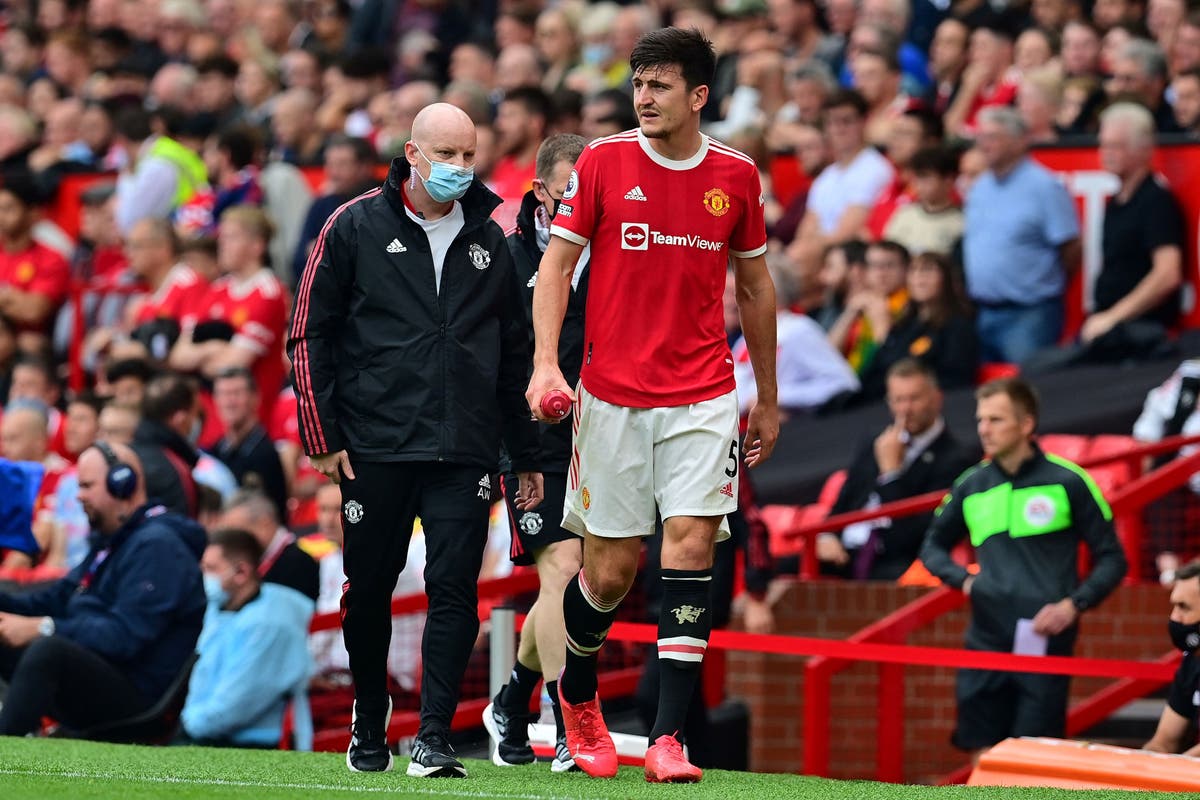 Manchester United captain Harry Maguire has been ruled out of Wednesday’s UEFA Champions League match against Villarreal and could miss “a few weeks” of action with a calf injury.

Manager Ole Gunnar Solskjaer later revealed the centre-back was set for a spell on the sidelines.

But he had more positive news on Shaw, who was in contention to face the Spanish side.

He did not look poised for a long spell out, regardless of whether he is able to start the match at Old Trafford.

“Luke has been in on Tuesday. So, I will give him a chance to be involved,” Solskjaer said at his pre-match news conference.

“He did not train with the team [but] hopefully Luke can be involved.

“Harry is more or less definitely out, it doesn’t look good. It is his calf, that might take a few weeks.

“Let’s see how quickly he recovers. He wanted to play against Villarreal, he missed the last game [against them in the Europa League final].”

Aaron Wan-Bissaka is already suspended after a red card in the opening Group F defeat against Young Boys of Switzerland.

This means Manchester United could be forced to change three members of their regular back four, alongside Raphael Varane.

Victor Lindelof, Eric Bailly, Diogo Dalot and Alex Telles are among the candidates to come into the starting eleven.

Solskjaer added: “We will have to make a few changes. You always look at the opposition and sometimes you need to make adjustments.

“But we look at ourselves mostly. The more injuries you get, you might need to do tactical changes. I have got Eric, Rapha, Victor. Alex and Diogo 100 per cent fit.”

The last five meetings in European competition between Manchester United and Villarreal have all ended in draws.

Four of those encounters were goalless, the exception being the 2021 Europa League final, which Villarreal won 11-10 on penalty kicks after a 1-1 draw.

“You expect what you have learned in the last few seasons,” added Solskjaer. “We have played each other five times, every time has been a draw.

“They are very well organised, technically very good. They can play from the back. It is hard to press against them, which I thought we did well in the final.