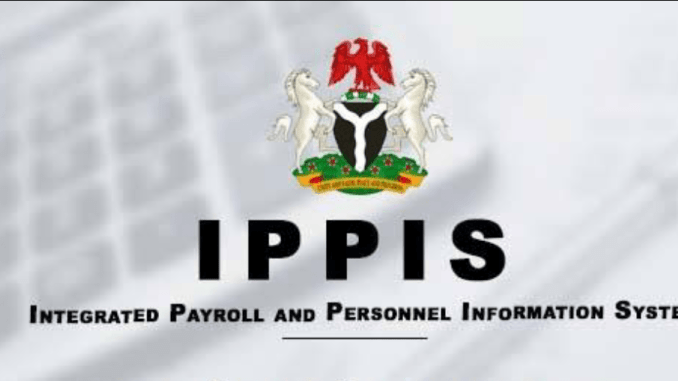 The Federal Ministry of Finance says it has concluded the training of accounting personnel of Ministries, Departments and Agencies (MDAs) under it on the operations of the Integrated Payroll and Personnel Information System (IPPIS) project.

It said that the measure was to ensure quick delivery of services, transparency and accountability in government operations.

Dr Ben Nsikak, the Director, IPPIS, office of the Accountant-General of the Federation disclosed this on Wednesday in Minna after a three-day training tagged: “Nationwide IPPIS Training for IPPIS Roll Players”.

Nsikak said that the office of the Accountant- General had decentralised the operations of the IPPIS, hence the training to enable the MDAs to carry out updates and variations without coming to Abuja, the Headquarters.

“The IPPIS is decentralising its operations to enable the MDAs to carry out operations of the IPPIS with out coming to Abuja.”

“There are checks and balances in the system, such that the internal auditors in the MDAs are expected to review the updates that have been done.”

“Then the accounting officer who has the responsibility over human, material and financial resources of the establishment is expected to sign up and take responsibility for whatever updates that has been done by their own staff,” he said.

He said that the accounting officers recommended the IPPIS roll players before the Accountant General’s office would give them access.

The director said that the IPPIS project which started in 2007 with about seven MDAs had increased to 711 MDAs now.

He said that each of the MDAs had about three to four IPPIS desk officers who were saddled with certain financial responsibility.

“Therefore it is difficult to sit down in Abuja the Headquarters and handle all the activities of the MDAs in a centralised location, hence the training by the office of the Accountant General,” he said.

He said that at the pay-roll model, the Accountant-General’s office was handling the business of re-engineering by the training.

The director said that the training, which was done for over 400 accounting officers in Abuja was also carried out in the six geopolitical zones of the country.

Responding on behalf of the trainees, Mr Blessed Onwuka, in charge of salary at the National Bureau of Statistics who thanked the accountant-general’s office for the gesture, appealed for more training to enable the stakeholders succeed.

“As you develop the content of the IPPIS, there is the need to carry us along,”