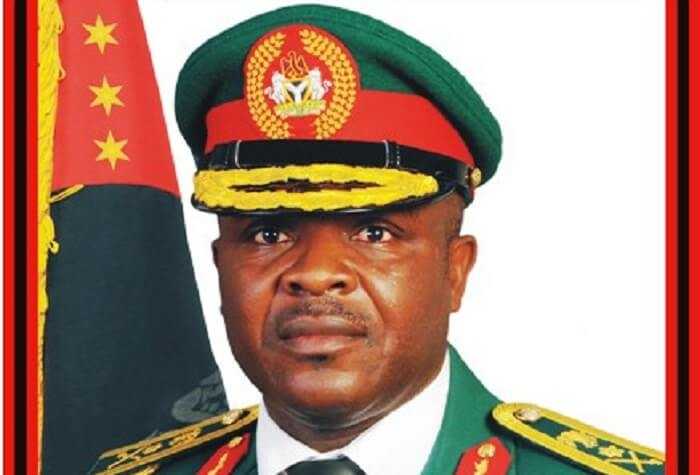 A former Chief of Army Staff, retired Lt-Gen. Azubike Ihejirika, has charged cadets of 68 Regular Course of Nigeria Defence Academy (NDA) to be submissive to civil authority after their commissioning.

Ihejirika made the charge at the NDA award ceremony and beating of the retreat for the cadets, on Tuesday in Kaduna.

Our correspondent reports that the dual ceremony is an old tradition of the NDA, as part of activities to mark the end of successful training for cadets.

Ihejirika noted that the nation has been investing a lot in shaping the cadets’ character, providing them quality military training and sound academic foundation.

“In discharging your duties after commissioning into the tri-services, always place the country first above all other interests, always uphold your constitutional roles and subordination to civil authority,” he said.

The ex Army chief further urged the cadets to be good leaders after commissioning and uphold the standards in management of both human and material resources that would be entrusted in their care.

He congratulated the graduating cadets for the journey so far and wished them successful career in the defence of their fatherland upon their commission as officers.

He commended Commandant of the academy, staff and instructors for their combined efforts in training the cadets, urging them not to relent.

Earlier, Commandant of the NDA, Maj.-Gen. Ibrahim Yusuf, reiterated that the reward of hard work through presentation of awards, encouraged excellence and optimizes performance by individuals and units in the armed forces.

According to him, the awards and trophies were intended to encourage the recipients and challenge those who did not get awards to intensify their efforts in the upcoming training year.

“While congratulating the champion battalion as well as individual cadets who received various awards, I want to remind you that getting to the top is difficult but sustaining an achievement is even more demanding.

“I wish to remind you that even at this late hour; the road to your commissioning is still narrow and the journey is far.

“With discipline, however, you will get there, just remain level-headed and focused,” he said