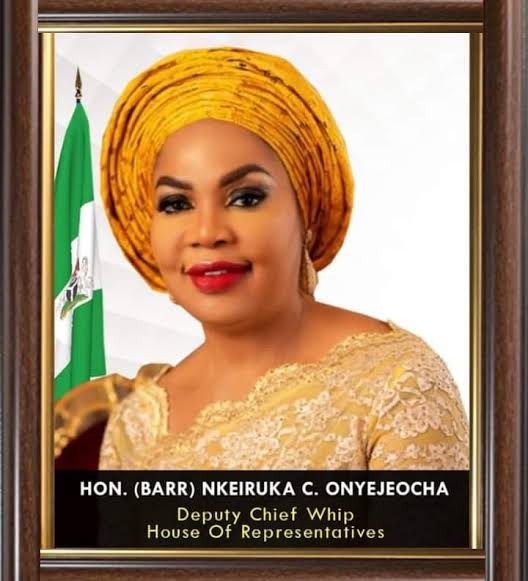 The lawmaker said this on Friday in Abuja, when a group, Young Women in Politics paid a courtesy call on her.

She said her vision was to see that Nigerian women attained the most enviable position in the country, stressing that women remained as competent as the men folk.

According to her, women are very competent in all fields. I want women to be treated like their male counterpart.

He urged women to join participatory politics, stressing that politics entailed more of active participation than being read.

“Your character and that of your family will count in politics. You have to develop a good attitude, discipline and you don’t have to copy the bad attitude your family is known for,” she said.

Miss Awetu Jatt, President of Network of Young Women Leaders, ECOWAS, stated that she had been building capacity in politics and would actively participate.

Jatt who stated that she was now a full fledged member of the PDP, said she looked forward to contesting election in the nearest future.

She said the women in politics platform had helped her gain more knowledge and to participate in international politics.

Mrs Rahila Dauda, Chairperson, Young Women in Politics Forum, Abuja Chapter, said there was need to get more women involved in the politics and governance of the country.

The legal practitioner said that she saw the need for more women to participate in politics and governance in the country as a citizen, to contribute her quota.

“Before now, I was scared because the terrain is tough but with God, all things are possible,” she said.

Nigeria at 61: We have no reason to lose hope – Sanwo-Olu