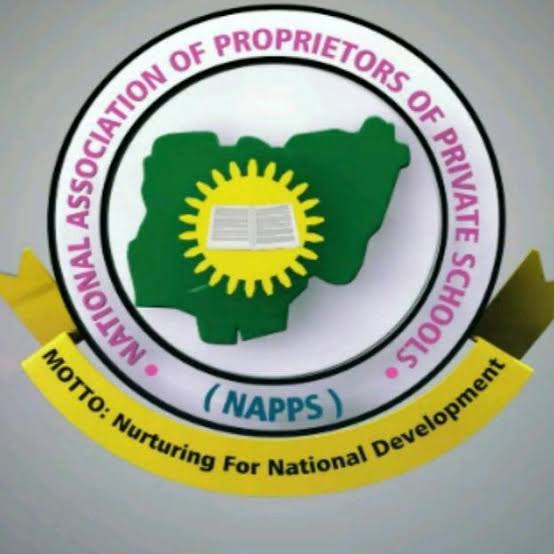 The National Association of Proprietors of Private Schools (NAPPS) has urged the Federal Government to increase the annual budgetary allocation to the education sector.

The association urged that the increment should be done in line with the recommendations of the UN Educational and Scientific Organisation (UNESCO).

NAPPS National President Yomi Otubela made the call in a statement on Friday in Lagos.

Otubela said: “The UNESCO recommended that nations should devote between 15 and 26 per cent of their annual budgets to education.”

“We are not close to that recommended budgetary allocation.”

“The British bequeathed to us an educational system that is worthwhile.”

“A major tool necessary for turning lives around.”

“Thus, the fruits of education included the introduction of an organised education, training of teachers, curricula, as well as bring uniformity into the school system,” he said.

Otubela added that since independence, “Nigeria had tinkered with what was bequeathed to her and has not been able to achieve standard and qualitative education.”

“For instance, the first National Curriculum Conference held at the University of Lagos led to the National Policy on Education an adoption of 6-5-2-3 system of education which later became the 6-3-3-4 system and now the 9-3-4 system.”

“In spite of these transformations, the desired results in our educational system are yet to the seen.”

“It should be noted that within this period, Nigeria has a population explosion, therefore, to keep pace with this explosion, the number of schools at different levels has also increased tremendously,” he said.

Otubela, quoting statistics from the National Bureau of Statistics, said that were more than 22 million pupils in 62,406 public primary schools in 2014.

“About 9,015 public secondary schools as of 2005, the facilities available may not be adequate for a population put at more than 200 million.”

“It is estimated that about 42 per cent of the Nigerian population are children, sadly about one-third of children aged between six years and 14 years do not go to school.”

“This situation has been worsened by the fact that the Child’s Rights Act has not been effective due to its non-passage into law by some states of the federation.”

“As a result, this has given rise to the prevalence of child trafficking, children affected by communal conflicts, homeless children living on the streets, among others,” he said.

Otubela said that the private education subsector has continued to play a significant role in complementing the efforts of the government in providing education for the benefit of the Nigerian Child.

“Private education sector needs to be helped in form of education grants.

“We urge both the Federal and State Governments to do the needful and put appropriate mechanisms in place to secure learning environment throughout the states of the federation from attacks,” he said.

NUT laments how 1970 exams malpractices climax to sex for marks