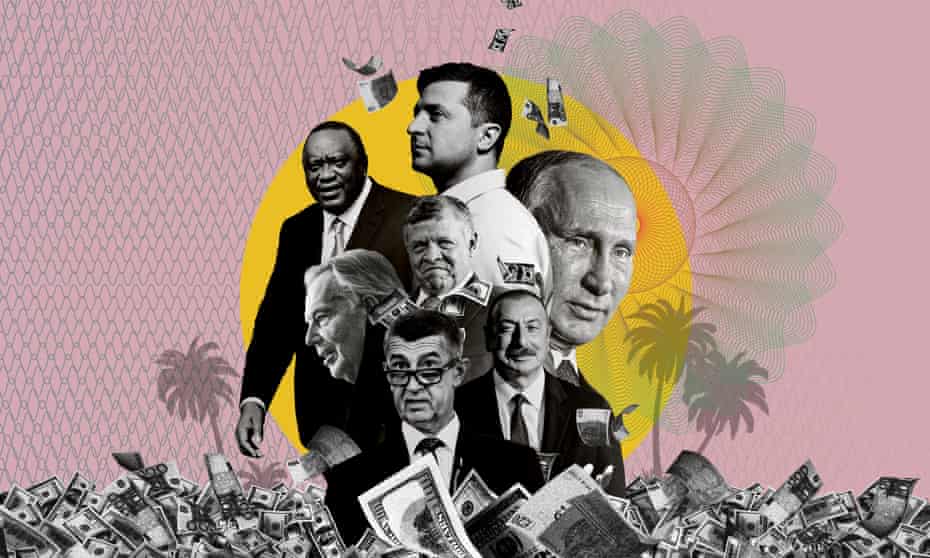 A new global investigation exposing the offshore hideaways of some of the world’s most powerful personalities is launching today after two years of discreet work by investigative journalists around the world. The project, known as Pandora Papers, is facilitated by the International Consortium of Investigative Journalists (ICIJ), which obtained a trove of 11.9 million confidential files. The reporting, which is still ongoing, involves more than 600 journalists from 150 news organisations around the world.

The journalists spent two years studying and sorting files, contextualising information, tracking down sources and analysing public records and other documents. The collaboration has so far revealed the financial secrets of not less than 35 current and former world leaders, more than 330 public officials in more than 91 countries and territories.

The leaked files were retrieved from 14 offshore services firms around the world that set up shell companies and other offshore entities for clients, many of them influential politicians, businesspersons and criminals, seeking to conceal their financial dealings.

According to Premium Times, the stories are expected to reveal how some of the most influential Nigerians – a former Chief Justice of Nigeria, current and former state governors, past and present lawmakers, businesspeople, a popular pastor and many others – set up shell companies, and sometimes warehouse huge financial assets, in notorious secrecy jurisdictions.

The stories will also show how some of these individuals flout extant laws and legislations as they hide these assets, some of which have attracted the interest of law enforcement agencies in the UK and elsewhere. In an era of widening authoritarianism and inequality, ICIJ said “the Pandora Papers investigation provides an unequalled perspective on how money and power operate in the 21st century — and how the rule of law has been bent and broken around the world by a system of financial secrecy enabled by the U.S. and other wealthy nations.”

“In popular imagination, the offshore system is often seen as a far-flung scattering of palm-shaded islands. The Pandora Papers show that the offshore money machine operates in every corner of the world, including financial capitals of the richest and most powerful economies,” the ICIJ added.