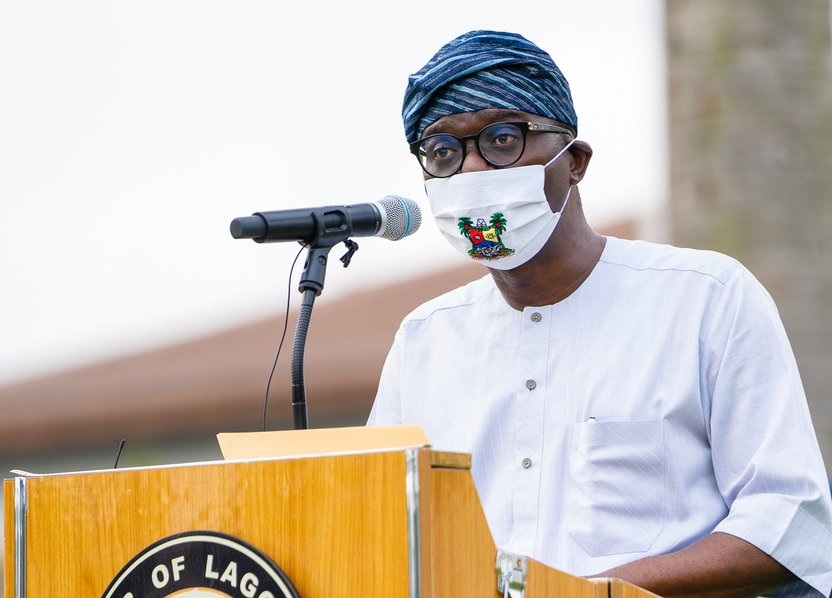 Gov. Babajide Sanwo-Olu of Lagos State on Monday advocated an upward review to 42 per cent the revenue accruing to states from the Federation Account.

Sanwo-Olu said that an upward review to 42 per cent would enable the states to cater for their rising responsibilities.

Sanwo-Olu made the call at a two-day South-West Zonal public hearing on Review of Allocation formula by the Revenue Mobilization Allocation and Fiscal Commission (RMADC).

Our correspondent reports that the two-day event, held at Victoria Island, Lagos, had in attendance all the representatives of the South-West states.

Under the current revenue sharing formula, the Federal Government takes 52.68 per cent, the states 26.72 per cent and the local governments, 20.60 per cent, with 13 per cent derivation revenue going to the oil producing states.

Sanwo-Olu stated that the present revenue sharing formula among the tiers of government which became operational about 29 years ago was long overdue for amendment.

“Nigerian fiscal federalism should be adjusted to develop more expenditure responsibilities with appropriate revenue allocation to lower levels of government.”

“So that federal government will focus on matters of national concern like security and defense, among others.”

“The solution is to diversify and strengthen the fiscal base of the state government.”

“The need to reverse the age-long fiscal dominance by the federal government in order to re-establish a true federal system is strongly recommended.”

“It is the state’s position that state government should be granted the highest share of 42 per cent, while the share of the Local government be increased to 23 per cent since both tiers of government are closer to the people,” he said.

The governor pointed out that there was a need for effective fiscal laws that would ensure a framework for beneficial and dynamic inter governmental fiscal relations.

“This will further ensure accountability and proactively address emerging fiscal challenge in the public sector.”

“In addition to the existing items on the concurrent legislative list, the Federal and State government should collectively share the following responsibilities:”

Sanwo-Olu added: “It is the position of Lagos State that state government should take 42 per cent from the Federation Account and handle the remaining items other than those specifically listed above.”

“It is the position of the Lagos State government that Local Government should take 23 per cent and collaborate with the state government in service delivery.”

“The Derivation and Ecological fund should be de-centralised such that each federation unit will have access to its own reserve whenever the needs arise.”

“The proportion allocated to Stabilization Fund should be increased from 0.5 to 1 per cent. This amount should be deducted from the percentage hitherto allocated to special fund on the development of natural resources,” he said.

Sanwo-Olu also said that the Federal Government should take 34 per cent from the Federation Account and focus exclusively on defense, external affairs, international trade, currency and banking, exchange control and federal trunk roads.

“Lagos as much as we know in per square meter is the smallest in Nigeria, but highest in the number of people per square meter, all of these we are taking into consideration and take on board.”

“The revenue that Nigeria generates belong to Nigerians, the revenue acruable in Nigeria belong to all, so all of these things have been taking into consideration to ensure fairness.”

“We want Nigerians to give us a chance that we are going to do it in a manner that will be fair, equitable and just,” he said.

Speaking, Commissioner for Finance, Dr Rabiu Olowo, said the state was proposing the provision for Special Economic Status and a Review of Revenue Allocation in support of the state.

According to him, It is very important that federal government review the revenue allocation formula of Lagos State because of the high rate of daily influx of population into the state.

“Lagos State is the smallest in the country, but accommodate 10 per cent of the whole population.”

“Due to the daily influx, there is need for federal support. Also the state is shouldering so many of the Federal responsibilities.”

“Therefore, in line with current realities, it is very important that the federal government review the revenue allocation formula.”

He, therefore, expressed appreciation to the Revenue Mobilization and Allocation Fiscal Commission for making it necessary for the discourse on the review to take place.

He said: “There is an align position by all stakeholders that the revenue allocation formula should be reviewed in support of the state and local government.”

“This is because they are the closest government to the people.”