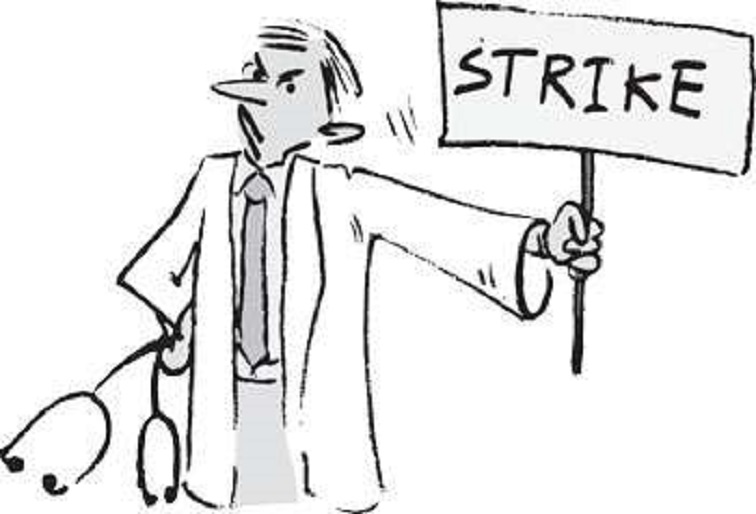 The national leadership of the Joint Health Sector Union (JOHESU) and Assembly of Healthcare Professional Associations (AHPA) have appealed to their members to be patient until the Federal Government meets their demands.

Mr Matthew Ajorutu, the JOHESU Acting National Secretary, said this in a statement issued on behalf of JOHESU National Chairman at the end of the union meeting on Thursday in Abuja.

Our correspondent recalls that the union on Oct. 5, suspended its threat to disrupt normal services in hospitals and other healthcare facilities across the country and return to the negotiating table with the federal government on Wednesday.

According to Ajorutu, JOHESU leadership reviewed the totality of the meeting of Oct. 6, at the instance of the federal government team, comprising the National Salaries Income and Wages Commission (NSIWC), Budget Office, and Federal Ministry of Labour and Employment.

“Others are the Federal Ministry of Health (FMoH), Head of Civil Service of the Federation (HOCSOF), Integrated Personnel and Payroll Information System (IPPIS), which was graced by JOHESU/AHPA leadership.”

”After a thorough evaluation of the meeting, JOHESU/AHPA resolved and applauded the decision of the meeting to guarantee the participation of all the five Trade Unions and AHPA at the sessions relating to matters pertaining to Adjustment of CONHESS.”

“This is with strong emphasis that this guarantees the laudable spirit of participatory industrial democracy.”

”JOHESU/AHPA welcomed the constitution of a 7-man technical team at the meeting comprising two representatives of JOHESU, and one representative each of the National Salaries Income and Wages Commission, Budget Office, Federal Ministry of Labour and Employment.”

”Others are the Federal Ministry of Health (FMoH), Head of Civil Service of the Federation (HOCSOF), Integrated Personnel and Payroll Information System (IPPIS),” he said.

He said the union also called on the technical team to fulfil its mandate of coming up with an acceptable sum dedicated to the utilisation of adjustment of CONHESS within a reasonable timeline.

He further said JOHESU/AHPA approved the timeline of two weeks in the first instance that was resolved by the committee at the Oct. 6, meeting as a step in the right direction.

”Or other sources the Federal Government employs in defraying such emergency expenditure particularly, because of the tortuous path JOHEUS/AHPA embarked on in the last eight years of agitating for this adjustment.”

”The union reminded the FMoH to immediately circularise positions canvassed by JOHESU/AHPA to sanction erring Chief Executive Officers (CEOs) of Federal Health Institutions that refused to implement the Circular.”

”That is on Consultant Cadre from the office of the Head of Civil Service of the Federation for Pharmacists which have been implemented by less than 10 of the 56 FHIs in the country,” he said.

He therefore said that JOHESU/AHPA requested that the FMoH should conclude negotiations with the union on all other subject matters as epitomised in the demand list of JOHESU/AHPA to the federal government.

Ajorutu added that JOHESU/AHPA also requested that the FMoH should conclude negotiations with JOHESU/AHPA on all other subject matters as epitomised in the demand list of the unions to the federal government.

”Finally, JOHESU/AHPA appealed to its members to wait patiently for the outcome of the report of the Technical team on adjustment of CONHESS and other demands as this will realistically form the basis of the next line of action for JOHESU/AHPA in the days to come,” he urged.