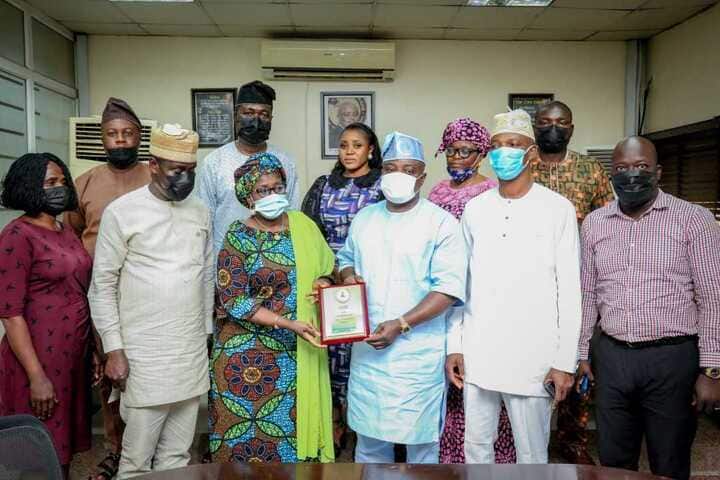 The Lagos House of Assembly has assured the National Drug Law Enforcement Agency (NDLEA) of the state legislature’s support in the fight against drug abuse through appropriate legislation.

The Speaker of the House, Mr Mudashiru Obasa, made the pledge when top officials of the NDLEA, led by its Lagos State Commander, Mr Ralph Igwenagu, paid a courtesy call to the assembly on Friday.

Obasa noted that the House had on Aug.19, held a town hall constituency meeting with the theme: “Increasing Wave of Drug Abuse: A Threat to Nation Building”.

The speaker said that the Lagos Assembly had been at the forefront of the fight against drug abuse through various legislations.

He said the collaboration with the agency was important because of the negative effects of drug abuse that led to criminal activities.

The speaker expressed hope that a collective fight against the societal challenge would help to further sustain a safe and well-protected Lagos.

Obasa said that he was not surprised that Lagos had been described as one of the epicentres of drug abuse in the country, saying with an influx of people from other states, it should be expected.

“That is why it is difficult for the Lagos Government to project. When you project for a certain number of people this year, before you know it, more than three times your projection will enter the state.

“That is why we make efforts to support the Federal Government by equipping the Rapid Response Squad.

“We also set up the Security Trust Fund, the Neighbourhood Safety Corps, the Lagos State Traffic Management Authority (LASTMA) and others to ensure that lives and property are protected,” he said.

The Speaker commended the NDLEA officials for attending a recent stakeholders meeting organised by the House to enlighten residents against drug abuse.

Earlier, Igwenagu thanked the House for organising the stakeholders meeting, saying it helped in reaching the grassroots of the state.

“We want to request that you sustain that exercise. We know that with you, it is possible because members of the House of Assembly are grassroots politicians and can reach out to the youths,” he said.

He decried that Lagos had a fair share of the challenges of drug abuse, promising that NDLEA would continue to work with the House to ensure continuous reduction in cases of drug abuse.

God can give power to anyone He wishes to – Tinubu