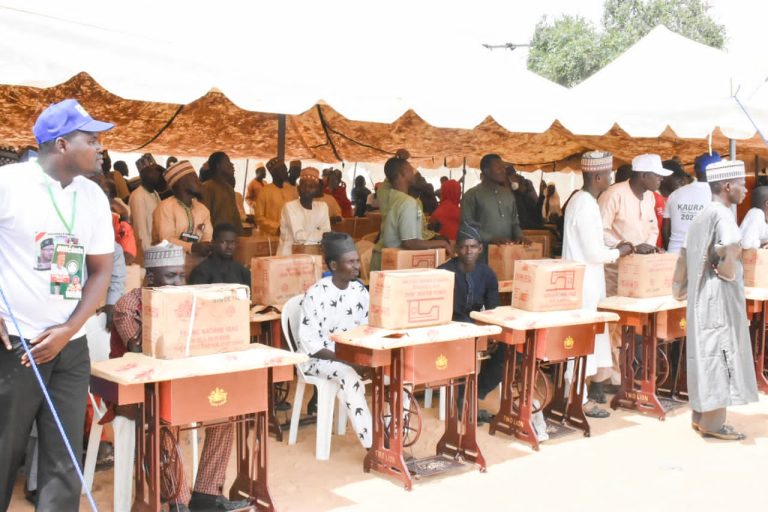 The Bauchi Government has distributed economic strengthening equipment worth over N99.5 million to 1,000 youths in Jama’are and Itas Gadau Local Government Areas of the state.

Gov. Bala Mohammed, who inaugurated the distribution exercise, on Sunday in Jama’are, said the gesture was part of the Kaura Economic Empowerment Programme (KEEP), initiated by his administration.

Mohammed said that he had conducted similar exercises in Bogoro, Tafawa Balewa, Gamawa, Darazo, Ganjuwa and Zaki LGAs, adding that the gesture would be extended to the remaining local councils in the state.

He said that the programme was holistically designed to alleviate poverty by empowering youths and women through the provision of working tools, cash and starter packs, to enable them to become self reliant.

The governor commended the legislature for its support to the government’s empowerment drive, adding that,”we have a robust and cordial working relationship with the legislature.”

In her remarks, Hajiya Asamau Kirfi, Commissioner for Cooperative and Small Scale Enterprises, said that the KEEP programme was designed to also enhance job creation.

“We are distributing items and cash worth N50 million in Jama’are while in Itas Gadau N49.5 million had been earmarked for distribution,” she said

She said that a total of 4,000 people had so far benefitted under the scheme, adding that the state government would partner with NEXIM Bank and Bank of Industry to expand the scope of the programme.

Some of beneficiaries lauded the gesture, adding that it would improve their social and economic status.

Mrs Hauwa’u Aminu, a beneficiary, described the gesture as timely and pledged to make effecive utilisation of the items by engaging in productive activities.

Our correspondent reports that the state government had distributed 1,500 tricycles to unemployed youth on soft loan, as part of effort to empower them.