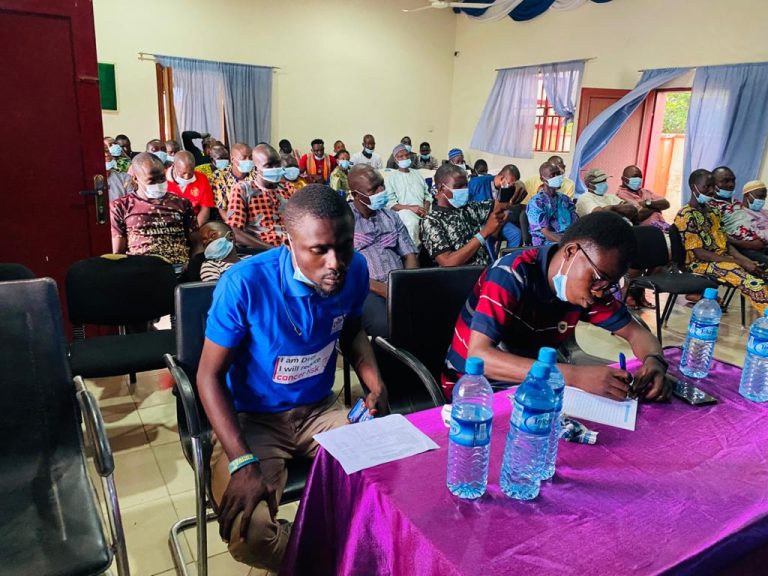 An NGO, the Dove-Haven Foundation (DHF), quoting Global Cancer Statistics (GLOBOCAN) has said that about 30 million people will be living with cancer globally by year 2030 if nothing was done.

The DHF’s Executive Director, Dr Ekundayo Samuel, made the disclosure at a sensitisation program on Monday, in Isanlu, tagged: ”The role of transportation workers in cancer control”,

Samuel stated that the event was organised to enlighten transportation workers and other relevant stakeholders on their role in cancer control and how they can join the fight against cancer.

The continuous rise in the incidence of cancer in Nigeria, Africa, and globally was of great concern, he said, while emphasising projections by GLOBOCAN that by the year 2030, about 30 million people will be living with cancer.

He added that the projection also showed that one in two persons would have one form of cancer or another by 2030, if nothing was done.

Represented by Mrs. Eunice Olure, a Community Health and extension worker of DHF, Samuel stressed that Nigeria had an estimated 100,000 new cases of cancer in 2020, as reported by GLOBOCAN.

He reiterated that the event was organised in pursuit of the organisation’s aim of reducing the threats posed by cancer in the spirit of giving back to the society,

”We believe in inclusion because that is the best and quickest way to overcome the plague called cancer. Everybody needs to be involved”, he said.

He noted that the organisation’s vision was to see a world free of cancer threats, saying that activities were lined up for the day to allow the participants play their part in cancer control.

A guest speaker, Dr Nasir Abdullah, Medical Officer-in-Charge, General Hospital, Isanlu, who spoke on “Cancer and its causes”, said that cancer always resulted from the inappropriate, abnormal, and excessive procreation of cells.

According to Abdullah, cancer can affect any part of the body, but mostly affects five body parts, including the breast, lungs, prostate, cervix, and intestines; and does not discriminate based on age, status, race, or colour.

He emphasised the need for early presentation for screening and stern evaluation of one’s lifestyle.

On her part, Mrs Emily Baba, the Family Planning Lead, Yagba East LGA, spoke on “Cancer control and the role of the transport workers in preventing the spread of cancer”.

She said that exhausts from mechanical machines like motorcycles, tricycles, and cars were the major triggers of cancer formation urging people to be conscious and more sensitive to changes in their body, and regularly consult medical personnel for advice and screening, if necessary.

Baba cited prevention as the best cure for cancer, saying cancers detected at their early stages could still be effectively managed, while identifying alcohol, cigarettes, unhealthy food as some of the substances that predispose people to cancer.

She advised people to eat a healthy diet and engage in adequate physical exercise for at least 30 minutes daily.

In their separate comments, the Chairmen of Branch 1 and 2, National Union of Road Transport Workers (NURTW), Yagba East, Sunday Abiodun and Femi Job, respectively, thanked DHF for including them in the fight against cancer.

Our correspondent reports that after the event, the DHF provided free five litres of petroleum motor spirit (PMS) to each of the participants at the filling station located opposite its office.