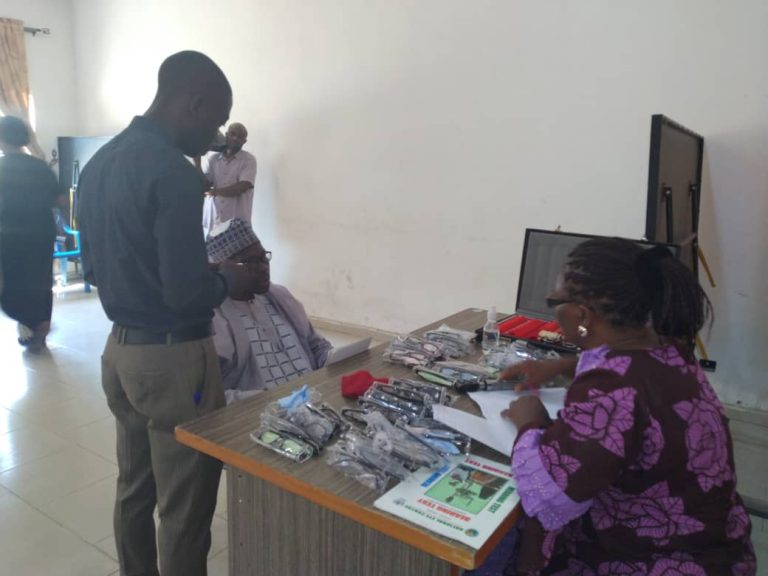 The Nigeria Union of Journalists (NUJ), Bauchi State Council, says it has begun a free eye screening exercise for 300 practicing journalists in the state.

The Council Chairman, Alhaji Umar Sa’idu, stated this at the inauguration of the exercise on Tuesday in Bauchi.

Sa’idu said that the exercise would be conducted in collaboration with the Abubakar Tafawa Balewa University Teaching Hospital (ATBU-TH), Eye Centre.

He said that the exercise was part of comprehensive programmes initiated towards improving the wellbeing and health status of its members for effective service delivery.

In his remark, Dr Shahir Bello, the Medical Team Lead, said that free screening, drugs and glasses would be provided in the exercise.

Bello, a Consultant Ophthalmologist, identified glaucoma and diabetes as major causes of blindness.

“Users of modern devices such as android phones and computers shoudd adhere to the guidelines.”

“It is good for the people to know the distance to use such devices. Also regulate lightning and positions of the device when in use.”

“There is misinformation on the use of glasses, 40 years and above needs to wear glasses,” he said.

One of the beneficiaries, Mr Inuwa Bello, commended the gesture, adding that it would improve the wellbeing of media practitioners in the state.

Bello said that journalists are exposed to hazards in line of duty, hence the need for regular medical check up.

Bello advised members of the union to avail themselves opportunities provided under the free eyecare services initiated by the union.