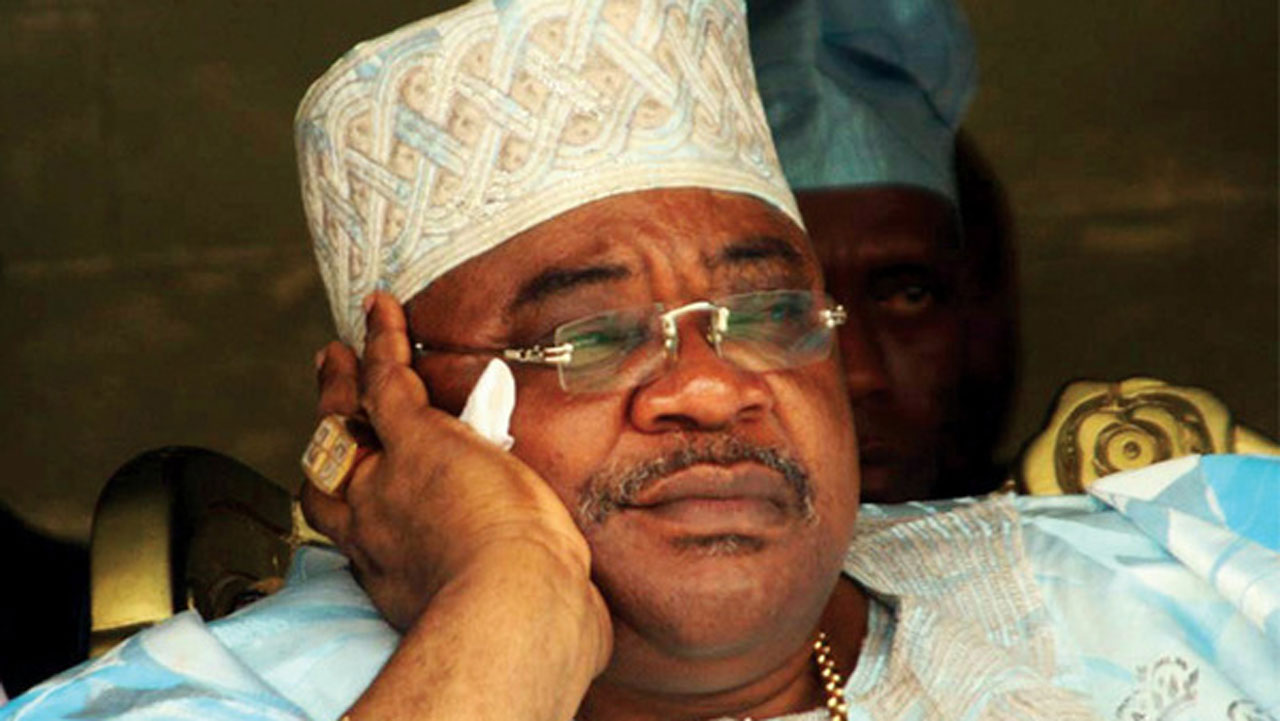 The trial of the former governor of Oyo State, Adebayo Alao-Akala and two others over alleged N11.5 billion fraud was on Thursday stalled due to absence of defendants witnesses.

Alao-Akala, along with his former Commissioner for Local Government and Chieftaincy Affairs, Hosea Agboola; and a businessman, Mr Femi Babalola, are being prosecuted by the EFCC at an Oyo State High Court in Ibadan.

The defendants are facing an 11-count charge of conspiracy, awarding contract without budgetary provision, obtaining by false pretences, acquiring property with money derived from illegal act and concealing the ownership of such property, among others.

The EFCC had closed it case against the defendants while the defendant filed a no case submission, saying they have no case to answer.

Justice Olalekan Owolabi had on July 1 ruled on the no case submission, saying the defendants has case to answer and must enter defence on conspiracy, obtaining money by false pretence, award of contract without budgetary provision.

At the Thursday hearing, Mr Akeem Afolabi, SAN, counsel to Alao-Akala and Babalola, informed the court that he has two witnesses to be subpoenaed for the defence,

Afolabi said service is yet to be effected on the subpoenaed witnesses and that the witnesses are key to his case.

The counsel gave the name of the subpoenaed witnesses to be an official of EFCC, Mr Muhammed Goji and a Senior police officer, Usman Dahiru.

He prayed the court to grant him an adjournment for the court papers to be served on the subpoenaed witnesses.

The counsel to Agboola, Richard Ogunwole, SAN, aligned with the submission of Afolabi and urged the court for an adjournment.

The Counsel to EFCC, Mr Ubi Benedict, who received the subpoenaed order pledged to served the documents on the witnesses and ensure that they appear in court.

Owolabi adjourned the case until Oct.21 and Oct. 22 for further hearing.