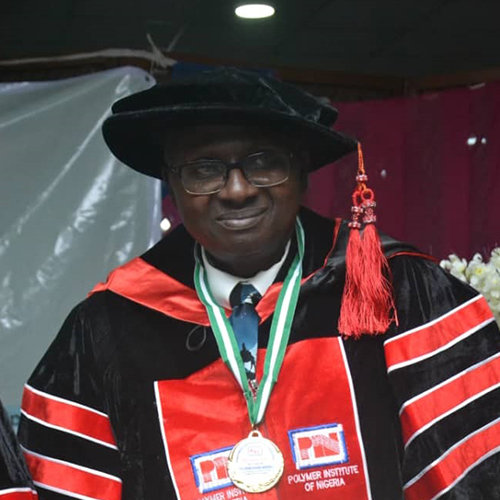 Prof. Kayode Adebowale, has emerged as the 13th Vice-Chancellor of the Nigeria’s premier university, the University of Ibadan.

The announcement was made by Chairman of the institution’s Governing Council, Chief John Odigie-Oyegun, on Thursday at the Senate Chambers in Ibadan.

Our correspondent reports that the Professor of Chemistry, until his appointment, was the Deputy Vice-Chancellor (Administration) of the 73-year-old university.

“At the end of the very thorough, transparent and highly competitive exercise, Prof. Kayode Oyebode Adebowale emerged as the best candidate for the position of Vice-Chancellor.”

“The Governing Council, at its just-concluded meeting today considered the report of the Selection Board and approved the recommendation of the Board to appoint Prof. Kayode Oyebode Adebowale as the next Vice-Chancellor of the University of Ibadan.”

Odigie-Oyegun said that position of the vice-chancellor became vacant on Dec. 1, 2020.

In his acceptance speech, Adebowale, said that though, he was not the best among all the candidates, God wants him to serve.

According to him, there is work to be done, calling for supports of the entire university community for his administration.

It was reported that the selection was coming almost a year after the process for the appointment of the 13th substantive vice-chancellor at the University of Ibadan was halted.

Sixteen candidates had applied to become the 13th Vice-Chancellor of the university.

However, the withdrawal of a former Dean, Faculty of Arts of the same institution, Prof. Remi Raji-Oyelade, had reduced the number to 15.

Following a screening exercise by the Governing Council of the university, the number of contestants was pruned to eight on Wednesday.

Those, who scaled through the screening on Wednesday included: the Acting VC, Prof. Adebola Ekanola, Professors Yinka Aderinto; Adebowale; Ademowo and Babatunde Salako.

It was recalled that the process of appointing the 13th vice-chancellor of the university began afresh under the newly appointed Chairman of the institution’s Governing Council.

This was due to various allegations of malpractices by various factions within the university community under the former VC, Idowu Olayinka.

The new race, which commenced on second week in July 2021, came after the decision on the cancellation of the initial process of VC race by the new Governing Council of the University.

The initial UI VC race that started in May 2020 ended on Nov. 23 with the directive from the Federal Ministry of Education, through the Nigerian Universities Commission (NCC), due to various crises that marred the election of members of the Senate representatives.