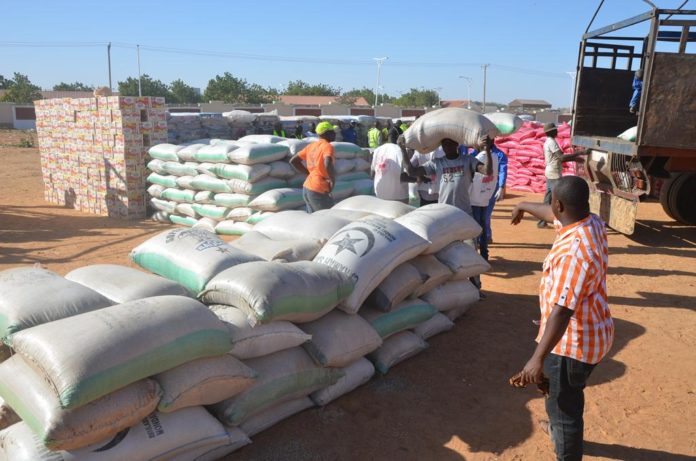 The Federal Government has formally launched the distribution of agricultural inputs to 7,386 farmers affected by the 2020 flood in Borno.

“Alhaji Mustapha Ahmed said the farmers were selected from 11 Local Government areas of the state.”

“The director general maintained that the distribution of the inputs is in fulfilment of Federal Government’s recovery intervention to the farmers.”

“It will boost productivity and also ensure food security,” the statement quoted.

It explained that while in Maiduguri, the director general paid a courtesy call on Gov. Babagana Zulum where he commended the governor for his commitment to restoring normalcy and addressing the humanitarian situation in the state.

The statement reported that Zulum on his part thanked the Federal Government for its sustained support to Borno.

“The Director General also held a meeting with staff of NEMA North East zonal office where he commended the staff for their dedication to duty,” it said.