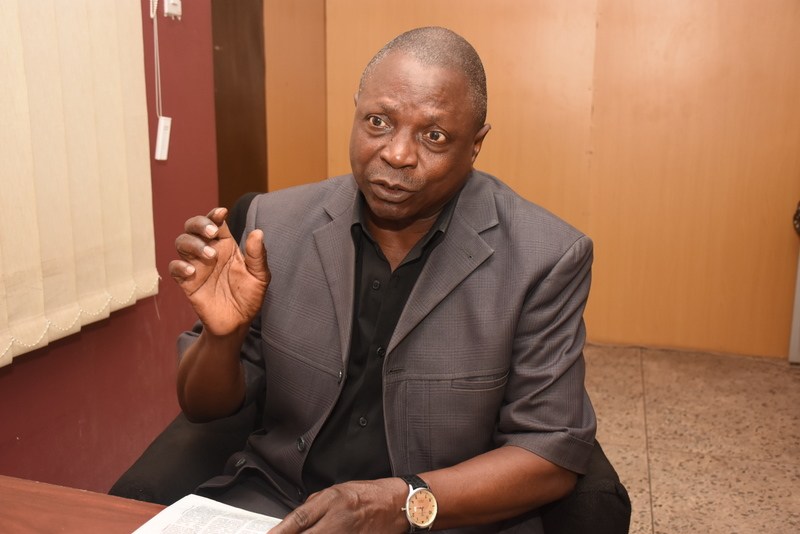 Dr Adetokunbo Pearse, a contender for the position of Lagos State Chairman of the Peoples Democratic Party (PDP) says the party’s congress was disrupted on Saturday because of a “Unity” list.

Our correspondent reports that the main opposition party’s state congress became inconclusive following disagreement on the delegates’ list for accreditation.

In a statement issued in Lagos on Sunday, Pearse, said: “the Lagos State PDP Congress was disrupted when a “Unity” was brought to the congress venue.

“The list had one Dr Fawole as the preferred candidate for Lagos State PDP Chairman, excluding popular candidates.”

“Delegates became alarmed when they saw people using the list to fill their ballot papers and felt that the result of the congress had been pre-determined by the preferred list.”

According to him, the apparent compromise of fair and open election led to protest and a mass walkout by delegates.

“For me this is the end of the line. I will no longer stand aside and watch any leader disenfranchise me and other members of the party,” he stated.

Sen. Abiodun Olujimi, Secretary, Electoral Committee, had said on Saturday that all was set to go on with the congress before it was disrupted.

Olujimi, who had earlier assured delegates of fairness and adherence to law and order, said it was obvious that some were not ready for the congress to go on.

“We have been able to do accreditation for 18 local government areas out of 20 LGAs. We want to start voting. It is clear that some people don’t want this process to go on.”

“Some want it truncated and it is also very clear that others want to vote so there is a clash of interests.”

“We must go, although all through Friday we tried to resolve it but we couldn’t; if not we would have just come to read out the list.”

“People are bad losers; when they lose they find it difficult to accept and that was why we tried to reconcile and see if there could be consensus,” she had said.

Meanwhile, outgoing PDP Publicity Secretary, Mr Taofik Gani, in a statement on Sunday in Lagos blamed the aborted congress on gunshots at the congress venue by hoodlums.

Gani said that the PDP was having a “unity congress” with all interests converged at the venue when hoodlums disrupted the exercise.

“The chairman of the committee had started giving out ballot papers to the delegates to start voting when suddenly gunshots were heard from different angles.”

“The delegates were orderly until after the gunshots which scared a lot to leave the venue. We do not believe these gunshots came from PDP members.”

“The shooters can only be our political opponents. We charge the Police to fish out these persons,” the spokesman said.

Gani said that the Lagos PDP State Congress Electoral Committee had gone ahead to declare the congress as aborted and a new date would be announced.

It was reported that Messrs Philips Aivoji, Niyi Adams, Hakeem Amode, Dr Amos Fawole and Pearse are vying for the chairmanship position.