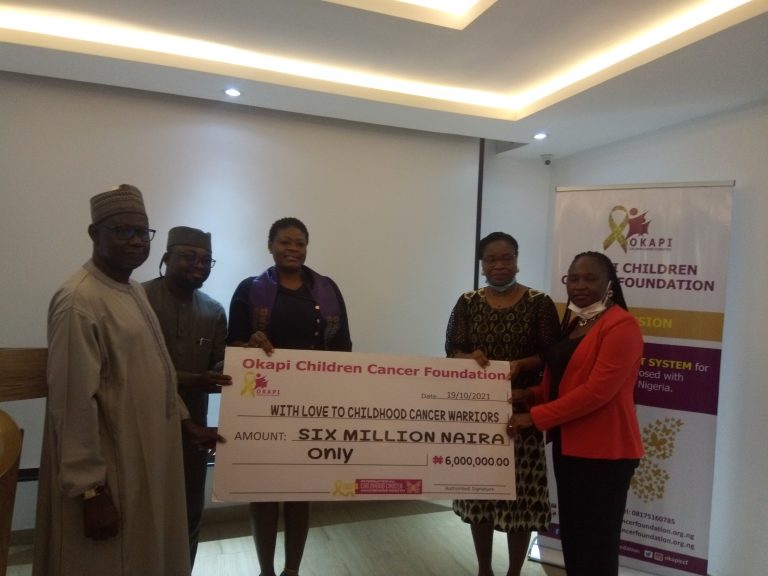 Ms Kemi Adekanye, Chief Volunteer and Founder of the Foundation, said the gesture was part of its annual events to support children fighting cancer at the National Hospital Abuja (NHA) and University of Abuja Teaching Hospital(UATH) in Abuja.

Adekanye, while decrying the high cost of treatment and management of childhood cancer, stressed the need for the government and other philanthropist to support the patients and families, which will increase chances of survival for them.

According to her, the organisation since its inception in 2017 had donated over N14.8 million to support the children.

“We have been able to render supports to these children to reduce the cost of treatment, as well as provide emotional support and job opportunities for some of their parents.”

“A lot of these children commence treatment and abandon it midway because of the high cost of treatment and other care,” she said.

She, therefore, stressed the need for more awareness and enlightenment on childhood cancer, which will garner more support and initiation of policies to help manage the disease.

According to her, many children abandon cancer treatment due to financial constraints.

She, therefore, appealed to the government to subsidise cost of treating childhood cancer as well as include it in the National Health Insurance Scheme (NHIS) for less privileged families to access treatment.

Similarly, Dr Oyesakin Adewunmi, Head of Unit, Paedetric Oncology, NHA, represented by Dr Patricia Igoche of the same unit, stressed the need for more support and attention to be given to childhood cancer.

On his part, Dr Adamu Umar, President, Nigeria Cancer Society, while decrying lack of awareness and neglect of childhood cancer in the called on the Federal Governments to include it in the NHIS and funds should be allocated for its management.

Dr Margaret Olokpo, Clinical Mental Health Counselor, called for more emotional supports to both the children suffering from cancer and their parents.

One of the recipients parents, Mrs Titilayo Adewunmi, commended the organisation for their unwavering support to them in caring, managing and treating their children fighting cancer.

Our correspondent reports that the organisation recently held a walk and zoom meeting to educate the public on signs, symptoms and appropriate treatment for childhood cancer in the FCT.