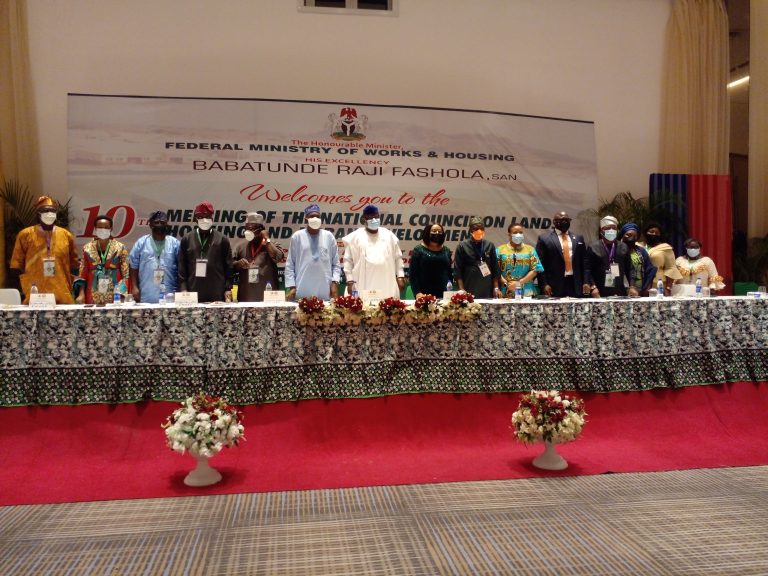 Hussaini said this on Wednesday at the ongoing 10th meeting of the National Council on Land, Housing and Urban Development which held at Ikeja, Lagos State.

Our correspondent reports that the theme of the annual programme was: “Housing Development as a Catalyst for Job Creation, Social Inclusion and Economic Development”.

He revealed that the ministry has embarked on affordable mass housing nationwide, adding that, the projects were positively impacting the national economy through creation of direct and indirect jobs.

“The ministry has embarked on the construction of decent and affordable mass housing nationwide under the National Housing Programme (NHP) and strengthened corroboration with the organised private sector to provide quality and affordable houses to Nigerians.”

“Completed projects under this programme have impacted massively on the national economy through creation of direct and indirect jobs.”

“The present administration is committed in ensuring that it addresses the critical economic challenges confronting the country and lifting 100 million Nigerians out of poverty through the creation of jobs and creating a just and egalitarian society through social inclusion,” he said.

Salako said that the meeting, which had in attendance built environment stakeholders from states and federal agencies as well as the private sector, would help to create employment for people around the country.

“The Lagos State Government has continued to evolve creative approaches and strategic schemes to ensure a greater, livable and sustainable state and one of such is the provision of enabling policies, reforms and programmes.”

“Due cognizance is given to the demand gaps in housing, employment and urban development while also seizing the unique opportunity of bridging the observed gaps in the trio.”

“It is important to mention that Lagos State Government has relaxed some policies to encourage investments in real estate sector for housing provision and this is not limited to the lifting of embargoes from areas that were hitherto under various bans.”

“This reform translated to availability of more lands, hitch free for housing while housing delivery was also facilitated by prompt processing of planning permit and engendered more employment.*

“With that, there is always enough job to gainfully engage relevant professionals, technicians and artisans in the production line of housing as a sector, from concept through design, construction, distribution and facility management and maintenance.” he said.

The commissioner revealed that the Lagos State Urban Development Policy has commenced and it is being steered by the ministry.

“The governor approved the formulation of a formidable urban development policy to guide and sustain the state’s growth and development in order to enhance her position in the comity of world cities,” he said.

“It is of upmost importance to always use quality cement in building houses so as to give the building a solid and strong structure.”

“Using the right materials especially cement always determines the durability of the buildings,” he said.