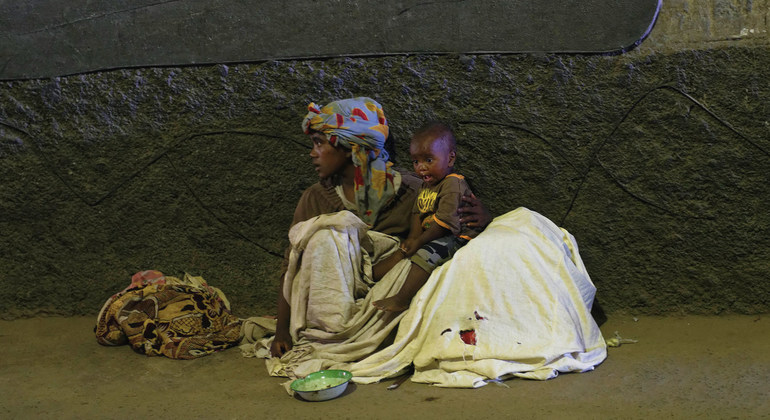 An independent UN human rights expert, Olivier De Shutter, says although poverty and privilege “continue to reproduce themselves in vicious cycles,” it is possible to break the chain and shift the paradigm.

Shutter who told the General Assembly on Wednesday while presenting his report on “The persistence of poverty: how real equality can break the vicious cycle” said with political will it would be possible to break the cycle.

Shutter, appointed UN Special Rapporteur on extreme poverty and human rights said with “political will,” it was possible to end centuries of entrenched inequality and move from fate to opportunity.

Acknowledging that many countries pride themselves on ensuring high levels of social mobility, the human rights expert stated that “the truth is that the persistence of privilege at the top, and deprivation at the bottom, are all too commonplace.

“Poverty is a failure not of the individual, but of society.”

According to the report, based on data from countries which are part of the Organisation for Economic Cooperation and Development (OECD), it takes four to five generations for children in low-income households to reach the mean income in their country.

In emerging countries such as Brazil, Colombia or South Africa, it can take up to nine or even more generations.

“The top 10 per cent of people living in OECD countries control 52 per cent of total net wealth, while the bottom 60 per cent own just over 12 per cent, condemning the poor to a lifetime of poverty,” Shutter said.

Observing that children born in disadvantaged families were denied equal opportunity, the Special Rapporteur examined the channels through which poverty was perpetuated, in the areas of health, housing, education and employment.

“Children born in poor families have less access to healthcare, decent housing, quality education and employment than those in better-off households.”

“This dramatically reduces their chances of breaking free from the poverty trap,” Shutter said.

Describing the outcomes as “appalling,” the rapporteur added that children born in a family experiencing poverty were more than three times as likely to be poor, aged 30, than those who were never poor.

The UN rights expert emphasised that child poverty was not only “morally unconscionable and a human rights violation, but also expensive.”

“In the United States, child poverty costs over one trillion dollars annually, or 5.4 per cent of its GDP, but for each dollar invested on reducing it, seven dollars would be saved.”

Calling for an end to the myth that inequality was an incentive that encouraged people to work harder, Shutter said the facts pointed to the exact opposite: “Inequality lowers social mobility and entrenches advantage and disadvantage over decades.”

“When we fetishise merit, we stigmatise those in poverty or with low incomes, and blame them for their own condition.”

Shutter emphasised that no child should be penalised for being born in poverty, calling on governments to act now, “before another generation is condemned to the same fate as their parents.”

Shutter, appointed by the UN Human Rights Council on May 1, 2020 is tasked with examining and reporting back on a specific human rights theme, or a country situation.

The positions are honorary, and the experts are neither UN staff, nor paid for their work.