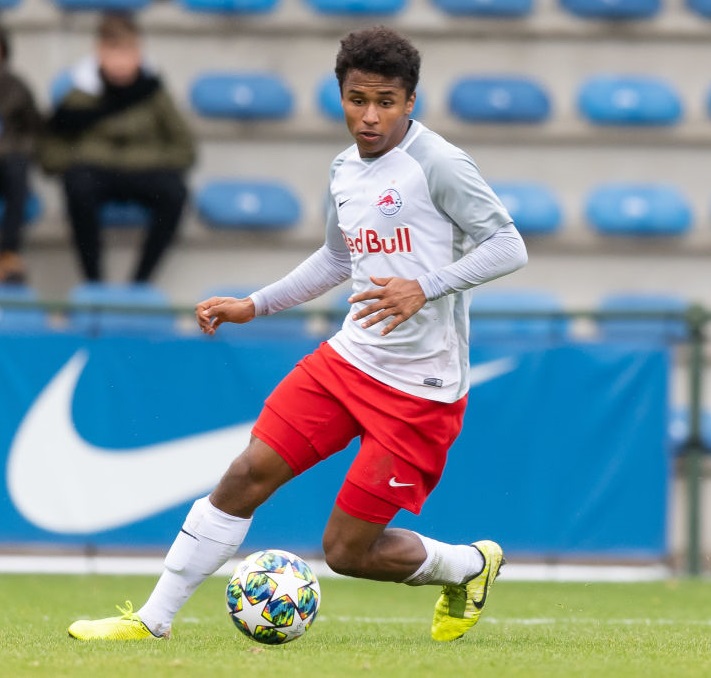 Karim Adeyemi will not be leaving Salzburg in January in spite of an explosive start to the season, the Austrian club’s sporting director Christoph Freund says.

The German international’s 10 league goals is three more than anyone else in the Austrian Bundesliga this term.

He has also got three in the UEFA Champions League, and only four players have more.

Adeyemi is a lively and technically gifted striker who likes to run at defenders, with his 60 dribble attempts the most of anyone in Austria’s top-flight this season.

It is understandable then that many clubs are keen on bringing the 19-year-old in.

Bayern Munich, Borussia Dortmund and Liverpool are among those mentioned in the media, but Freund says it is doubtful any transfer will occur before the end of the season.

“Karim will finish the season with us,” Freund said. “He should fill the role he has right now for the whole season.

“That is clearly the main focus in Karim’s head, and also in ours. I don’t know what would have to happen, what scenario would have to occur, for Karim to not finish the season with us.

“He is on the right track and enjoys playing. That fits in well here.”

Adeyemi has long been touted as a potential star of the future, having originally been in the Bayern Munich academy as a child before being let go and joining Unterhaching.

It was there that he attracted the interest of numerous foreign clubs.

He ultimately picked Salzburg, with Chelsea among those he turned down, and the move has so far gone well.

Adeyemi had an impressive 18 months on loan at Salzburg’s sister club Liefering in the second tier.

He then got his chance at the Red Bull Arena early last year as he played 10 Austrian Bundesliga games before the end of the season.

Then in 2020/2021, his playing time increased again with 29 appearances, and he has really kicked on this term to become a central figure.

He scored his first goal in September’s 6-0 win over Armenia.

Salzburg are being expected to demand at least 30 million euros (35 million dollars) for Adeyemi, who is contracted to the club until June 2024.