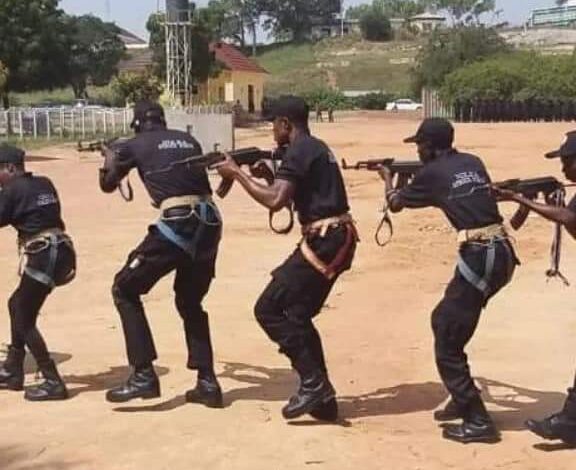 This is contained in a statement issued in Abuja by NDLEA’s Director of Media and Advocacy, Mr Femi Babafemi.

Marwa gave the directive on Monday in Kaduna at the special operations training graduation ceremony for 143 officers of the Strike Force Corps held at the Nigerian Army School of Infantry (NASI), Jaji.

The NDLEA chairman said the drug scourge in Nigeria was unacceptable with almost 15 million Nigerians abusing substances, 20 per cent of who were addicted, which was three times the global average.

“We are conscious of our job to block and prevent the availability of narcotic drugs, and that necessitated the formation of the Strike Force to enhance our capacity for complex operations,” he said.

He said that the Strike Force was the tip of the spear in the agency’s interdiction efforts and, as such, must keep the tip sharpened and always ready to strike.

This, he said, was because the agency needed to be two steps ahead of drug barons and cartels operating in the country.

“With the training and graduation of these officers and men today, we serve a notice to the drug barons and cartels who are yet to get the message to quit the criminal trade.

” These well-trained officers and men are coming to smoke them out as a formidable force anywhere in the country.

“As we equip and arm you well, be ruthless with the criminal gangs and merchants of death, ” he said.

Marwa implored the officers to display professionalism, discipline and respect for human rights in their operations.

The NDLEA boss with the newly trained officers in Kaduna

He added that another batch of officers and men of NDLEA would be sent to NASI for similar training in the coming weeks.

He commended the Chief of Army Staff, Lt.-Gen. Farouk Yahaya and the Armed Forces for the successes recorded so far in the fight against insecurity in the country.

He tasked them not to rest on their oars, saying that fighting insecurity was not like a football match that ends at the end of 90 minutes.

Marwa noted that the special nature of the officers training would require them to serve as a force multiplier to the conventional NDLEA officers in the field.

“Let me warn you of the hazard along the way. It will come in various forms, ranging from physical assaults to stupendous temptations by traders and traffickers of illicit drugs.

“When the tempests arise, rise above them. Let your sense of duty remain uncompromised. Let patriotism prevails over pecuniary interest. Let no temptation prevent you from discharging your duties to the best of your ability.

“In whatever situation you find yourself, remember to not forgo your training about the rules of engagement, especially the respect for human rights, ” he said.

The NDLEA boss said that it was important to always bear in mind also that there was little or no margin of error in the execution of the task as the safety of all officers on assignment.

“This, including yourself, will, at times, depend on the speed, accuracy and efficiency of the Strike Force team providing cover for the mission.

“On such occasion, your training will be called to test”, he added.

In his remarks, Commandant, Nigerian Army School of Infantry, Maj.-Gen. M.G. Ali, commended Marwa for repositioning NDLEA for efficiency and relevance within the country’s security architecture.

Ali said that the training, as the first of its kind would enhance the agency’s capability to handle more complex challenges in its task of tackling drug barons and cartels.