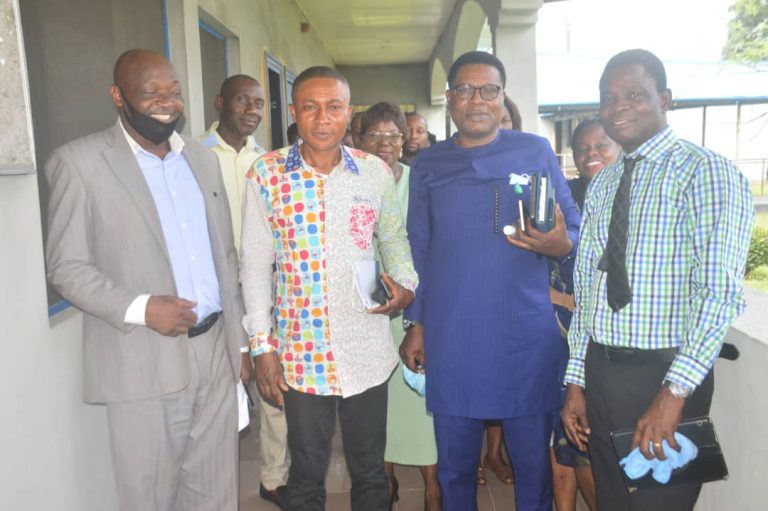 Workers at the News Agency of Nigeria (NAN) have asked for improved working conditions in view of their critical job peculiarities of providing credible information crucial to the nation’s stability and development.

The country’s largest news content providers also said that the multimedia task of audiovisual reporting had added to NAN journalists’ workloads, while news gathering had become a 24/7 activity as against the dawn-to-dusk enterprise of the past.

The workers spoke on Monday in Lagos during an interactive session with senior officials of the National Salaries, Incomes and Wages Commission (NSIWC).

They drew the attention of the commission’s officials to the danger associated with getting audio and video clips and pictures in the bid to meet NAN’s mandate of providing credible and evidence-based reports.

They said that many of their colleagues had either died or sustained injuries in the process of seeking credible news, and recalled how colleagues like Musa Nuhu, an Assistant Chief Correspondent, died in the search for news in Jos.

The workers said that they work round- the-clock as the agency had to report every piece of news as it breaks, so as to meet its mandate of being first with the news.

They noted the danger fake news was posing to Nigeria’s corporate existence, and urged the commission to improve NAN workers’ working conditions to motivate them to go the extra miles in the search for the truth.

They also recalled that technical and editorial staff were at work all through the period when Nigeria was under lockdown in the wake of the COVID-19 pandemic.

“While everyone was forced to stay at home to avoid the disease, NAN journalists, as frontline workers, were all over the place looking for credible information that will protect Nigerians from the pandemic.”

“We all had to stay on our feet so that the disease does not consume Nigerians. That we have recorded one of the least number of casualties is as a result of useful and timely information NAN offered to Nigeria and Nigerians,” they said.

Another hazard they pointed out was the effect of such heavy work load on the work force.

“Not long ago, a medical outfit came on a medical outreach in the NAN Abuja office and found that most of the workers had High Blood Pressure.”

The workers also drew the commission’s attention to the rising demands of NAN clients, pointing out that many media houses preferred to trust the NAN reports over those from other unverified sources.

“We attribute that to the quality of our reporters and editors, and the utmost trust and credibility we have been able to win for ourselves over the years. The Federal Government should motivate us to sustain such quality reportage,” they posited.

The NAN workers said that the agency had become a “sort of watchdog on other media houses” as its reporters were always deployed to fact-check reports usually hurled into the social media by persons with evil intentions.

“Such fact-check duties are usually very expensive; over the years, reporters have had to search their pockets or borrow to undertake such tasks. Nigeria will be the better for it if NAN workers are well motivated and mobilised to tackle the fake news menace,” they said.

They also spoke of dangers occasioned by constant exposure to radiation while handling modern digital communication gadgets, stressing that such was not the case in the past.

In their remarks, the NSIWC officials – Messrs Shuaib Umar and C. P. Ochor – said that they had taken note of the concerns of the workers and would report accordingly.

They agreed that a lot had changed in the execution of the NAN mandate with workers having to work round-the-clock unlike in the past when news service ended with the direct sharing of news bulletins to clients at dusk.

They also noted the heavy competition in the media space and the need for NAN workers to be ahead of other media houses.

NAN reports that the commission held a training for the agency’s workers in Lagos last week, during which it emphasised the need to improve productivity so as to attract more motivation from the Federal Government.