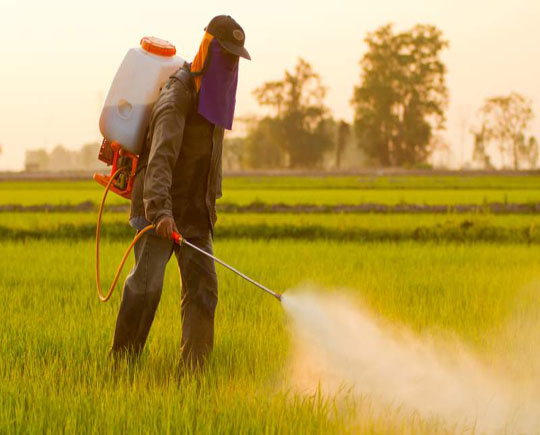 Maxwell made this known while speaking with our correspondent on Tuesday in Yola.

The coordinator, who is also Deputy Director, National Biotechnology Development Agency said the development was an issue of great concern that needed urgent government attention.

“Annually, Nigeria spends about ₦268 billion on the purchase of agrochemicals just to control farm insects and weeds.”

“This shows that annually, Nigerian farmers are pouring millions of litres of chemicals on Nigeria’s soil”

“The effect of the chemicals to human health and environment is an issue of great concern,” Maxwell said.

She noted that the rampant use of agrochemicals had significantly contributed to climate change thus causing environmental catastrophes such as excessive heat, floods among others.

According to Maxwell, agricultural biotechnology is the only solution to help in controlling pests and sharply cut down the unnecessary high cost of insecticides.

“Agricultural Biotechnology is the only key solution in controlling the insects and providing natural food through the development of Genetically Modified Organisms crops.”

“Agricultural Biotechnology is absolutely natural, free of chemicals, because it is biological process, where important plants genes are identified, extracted and transferred to another plant for yield increase or resistance to insects and drought.”

“Biotechnology will bridge the gap between conventional farming that over the years have not solved the national food security issue, and modern farming techniques that will be the answer for the programme,” she said.

Maxwell said that Nigeria had developed insect and weed resistance cowpea through agricultural biotechnology which she noted that farmers were now embracing.