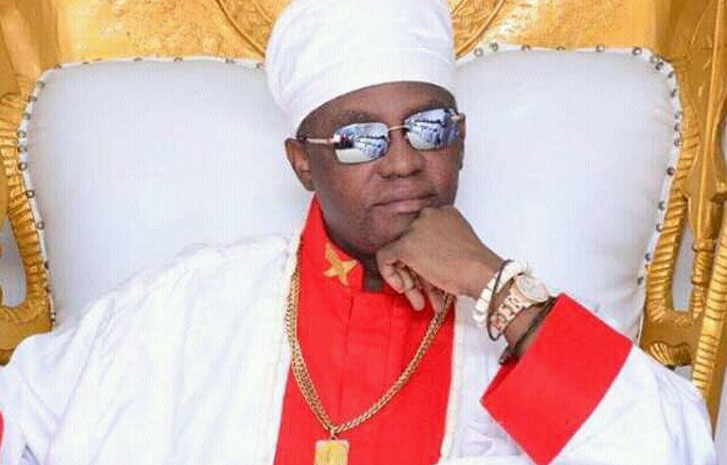 The Oba of Benin, Ewuare II, has banned Roland Ogbebor, a former Omuada (Head of Servants) to his Royal Majesty.

He has been accused of impersonation and other “sacrilegious acts.”

It was reported that Ogbebor’s ban was announced on Tuesday through a prepared statement by the Secretary to the Benin Traditional Council (BTC), Mr Frank Irabor

He said that the former head servant has been involved in land grabbing, extortion, intimidation, impersonation and fraud since his suspension in 2018.

He disclosed that the ban is “extended to his participation at all Oba Palace traditional establishments and functions, including spiritual groups, activities, festivals, shrines and oguedion in Benin Kingdom”.

According to Irabor, since Ogbebor’s suspension as the Omuada, he has been acting “as a wolf in sheep clothing and a confidence trickster”

Irabor, who was flanked by prominent Benin chiefs at the briefing, noted that the former Omuada was also involved in what he described as “abominable and sacrilegious act” of parading himself as the second-in-command to oba.

“Furthermore, he paraded himself as deputising for the Palace authority to the extent of being addressed in an abominable manner as the second-in-command to His Royal Majesty.

“This is sacrilege and an abomination, punishable by customary laws of our tradition.

“He has also behaved in treacherous ways to the throne that is akin to being a traitor. He has been able to do this by disguising himself as a wolf in sheep clothing and a confidence trickster.

“He was of the opinion that his services to the throne were indispensable,” Irabor pointed out.

Irabor said that there was an ongoing overhauling of the palace administrative system that would put an end to such act exhibited by Ogbebor.

He urged members of the public who may have issues with Ogbebor that have to do with land grabbing to report to the appropriate security agencies and also copy same to the palace.