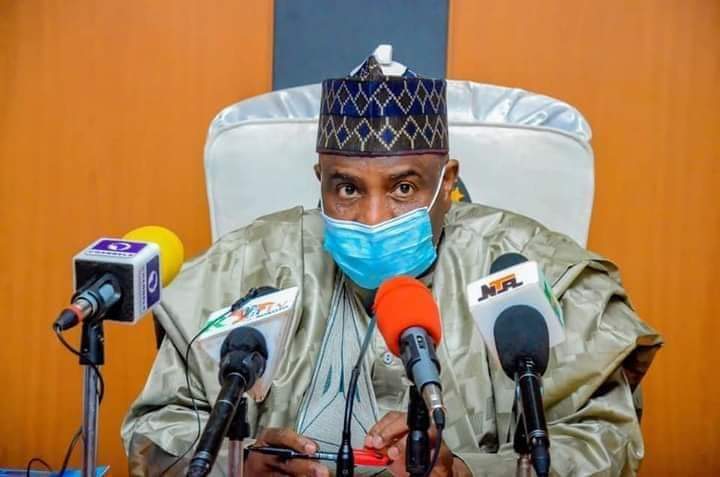 The Peoples Democratic Party (PDP) Governors Forum is working on achieving consensus candidate in all elective positions at the party’s national convention scheduled for Saturday.

The Forum Chairman, Gov. Aminu Tambuwal of Sokoto State disclosed this while briefing newsmen at the end of the main opposition’s governors on Thursday night in Abuja.

Tambuwal said that not less than 80 per cent had been achieved in producing consensus candidates for the elective positions.

“We held the meeting of the PDP governors forum and as you can see, all of us attended.

“Chairman of the convention committee brought us up to the speed on how prepared they are for us to hold our convention starting from Friday, Oct. 29 through to Saturday.

“We are also happy to say that part of what we discussed was the process of arriving at consensus during the convention.

“So far, we can say that with certainty that we have achieved not less than 80% of that process and it is still ongoing.

“We are hoping that at the end of the day, we are going to have a hitch free convention and possibly have all the candidates emerge via consensus.

“Consensus is part of democratic process and we are imbibing that in the interest of our party so that we can continue to have stability that will reposition the party as we have always said for the future,” Tambuwal said.