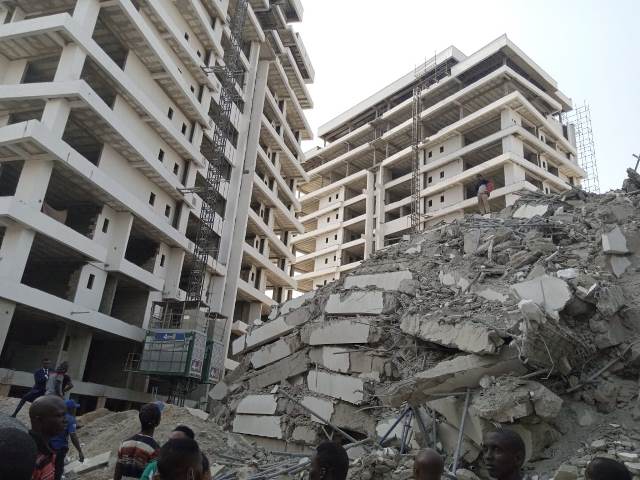 No fewer than four persons have so far been rescued while four others were brought out dead from the rubbles at the 21 Storey building collapse on Gerard Road, Ikoyi, Lagos.

Mr Ibrahim Farinloye, South West Zonal Coordinator of the National Emergency Management Agency (NEMA) disclosed this to our reporter in Lagos on Monday.

It was reported that many are feared trapped as the storey building under construction collapsed in Ikoyi.

NEMA team and that of the Lagos State Emergency Management Agency (LASEMA) are still on ground trying to rescue trapped workers.