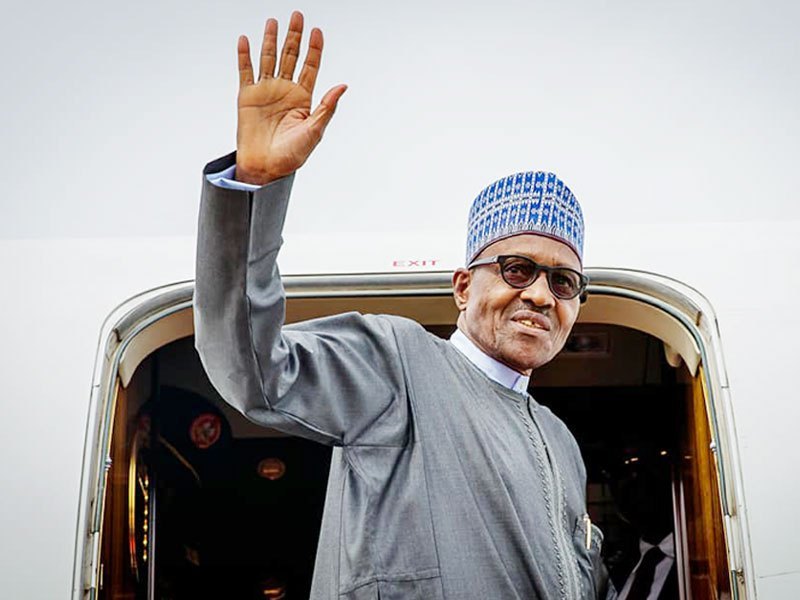 President Muhammadu Buhari has departed Abuja for Glasgow, Scotland in the United Kingdom, to attend the 26th Conference of Parties (COP26) to the United Nations Framework Convention on Climate Change (UNFCCC).

It was reported that the Chief of Staff to the President, Prof. Ibrahim Gambari; the Minister of the Federal Capital Territory (FCT), Malam Muhammad Bello; Director General Department of State Services (DSS), Yusuf Bichi; and Inspector General of Police, Usman Baba, were at the airport to bid farewell to the president.

According to an earlier statement issued by the President’s Senior Special Assistant on Media and Publicity, Malam Garba Shehu, on Sunday in Abuja, the president is scheduled to deliver his national statement at the High-Level segment for Heads of State and Government at the conference on Nov. 2.

“President Buhari’s address is expected to highlight Nigeria’s key priorities and action to tackle climate change as well as progress on the country’s transition to low carbon economy, consistent with achieving the Paris Climate Agreement,” he said.

Shehu revealed that the conference, hosted by the United Kingdom in partnership with Italy, would bring parties together to help accelerate action towards the Paris Agreement as well as the UN Framework Convention on Climate Change.

“Given Nigeria’s leading role in taking climate action and as a signatory to the Paris Agreement, COP 26 will afford a unique opportunity for the Nigerian delegation to work with other parties to make progress on the main goals of the conference.

“These include securing global net zero by mid-century and keeping 1.5C within reach; adapting to protect communities and natural habitats as well as mobilising the much needed finances to meet the set targets,” he further maintained.

While in Glasgow, according to Shehu, the president will participate in some side-line events hosted by U.S. President Joe Biden and French President Emmanuel Macron.

According to the presidential aide, the Nigerian leader will thereafter travel to Paris, France, on an official visit to reciprocate an earlier one to Nigeria by the French President, Emmanuel Macron, and also attend the Paris Peace Forum 2021.

The forum will be the fourth edition to be hosted by the French president.

”It will have Heads of State and Government and CEOs of major multinationals, as well as several civil society actors, gathering to advance concrete solutions to the enormous challenges posed by the COVID-19 pandemic, and to improve global governance in times of COVID-19.