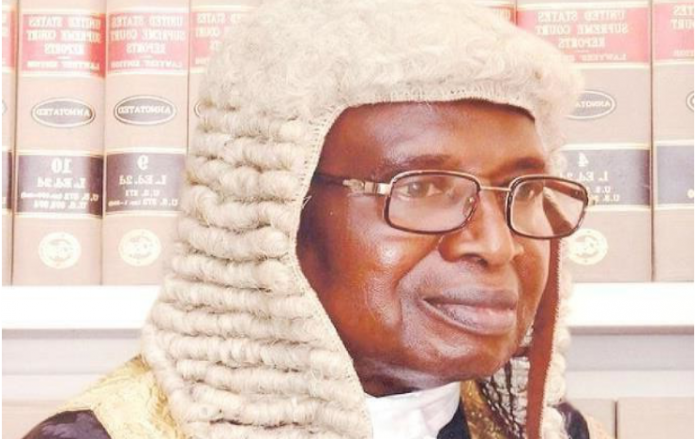 Retired Justice Suleiman Galadima, the Chairman of the Independent Investigating Panel on Human Rights Violation by defunct Special Anti-Robbery Squad (SARS), has urged the police to live up to its responsibility and cooperate with the panel.

Galadima stated this in Abuja on Tuesday, at the hearing of the case of alleged abuse of office and intimidation brought before the panel by one Mr. Nicholas Azuka.

He pointed out that at the last adjourned date, the police counsel promised to personally ensure the respondents’ appearance in the person of DSP Funmilayo Ogunoje before it.

This was in order for her to give detailed testimony on the subject matter.

Expressing his disappointment, Galadima said that the police did not live up to their expectations.

In that regard, he urged them to sit up and ensure that all their respondents are always present in the panel whenever they are needed.

In his defense, the lead counsel to the police, James Idachaba, told the panel that DSP Funmilayo would have been present at the panel but for the upcoming Anambra State governorship election.

He added that all the personnel of the force CID were deployed to provide security.

Idachaba reminded the panel that DSP Funmilayo had been before the panel severally and was eager and willing to come and give evidence to lay the matter to rest once and for all.

He further stated that once she appears before the panel she will throw more light on the allegations which will assist the panel.

He added that her testimony will be sufficient for defense to be opened.

He narrated how the police manhandled him without cause under the supervision of DSP Funmilayo.

He had alleged that Funmilayo was supposed to investigate alleged fraudulent transaction against him by Hon. Haruna Mohammed over the sale of land in Kubwa, FCT.

The matter came up twice for the continuation of hearing and in all instances, the respondents have failed to turn up for defense.

The panel however adjourned until Nov. 23, for the counsel to open his defence.