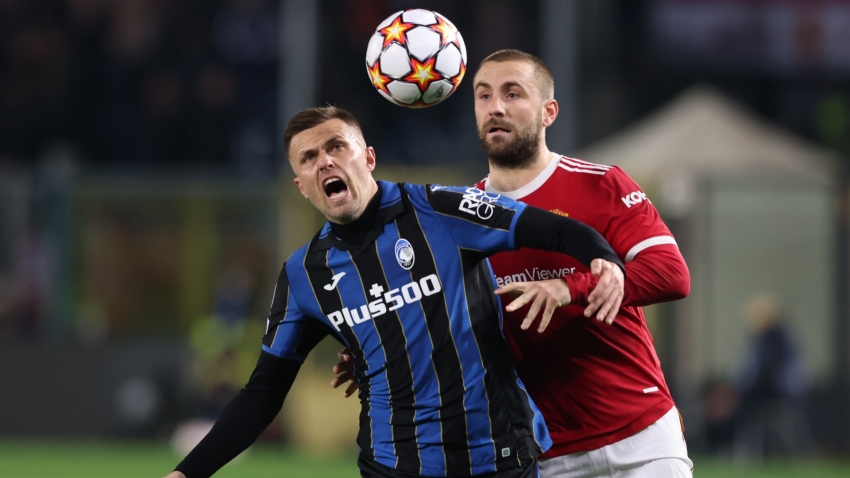 Manchester United FC defender, Luke Shaw has urged his teammates not to be carried away in spite the 3-0 win over Tottenham FC and last-gasp equaliser at Atalanta.

United suffered a humiliating 5-0 home defeat to bitter rivals, Liverpool in October that briefly looked as though it could cost manager Ole Gunnar Solskjaer his job.

The club resisted the urge to sack the Norwegian and he oversaw a comprehensive 3-0 win at Tottenham FC last Saturday.

His switching to a back three and use of Edinson Cavani and Cristiano Ronaldo in attack is paying dividends.

Ronaldo was again decisive on Tuesday as United twice came from behind to earn a 2-2 draw with Atalanta, the Portugal star scoring both goals including a stoppage-time leveller.

The equaliser represented a seismic shift in United’s Champions League outlook: a defeat would have left them in real danger of being eliminated in their next game away to Villarreal.

Shaw has been among the most criticised United players in recent weeks.

“We have to keep this attitude,” he told beIN SPORTS. “I think just because we beat Spurs 3-0 and we picked up a point here, we can’t put our heads down, we can’t get comfortable.”

“We can’t think, ‘we’ve done it now, we’ve got out of our rut and everything’s perfect, everything’s fine’.” It’s not.

“We know we need to dig deep. We know we’re not in a good situation, we know what we’ve been doing hasn’t been good enough.”

“As a team, we’ve talked about that inside the dressing room, so the games didn’t come any easier, so we need to be ready for this one [the City game] because it’s at home and it’s a big game.”

United failed to get out of their group last season and dropped into the Europa League, ultimately losing to Unai Emery’s Villarreal in the final.

Shaw believes United are heeding lessons from last season’s struggles, which showed just how important it could be to turn a defeat into a draw.

Volleyball : NVBF invites 14 players ahead of U-19, U-21 FIVB Championship