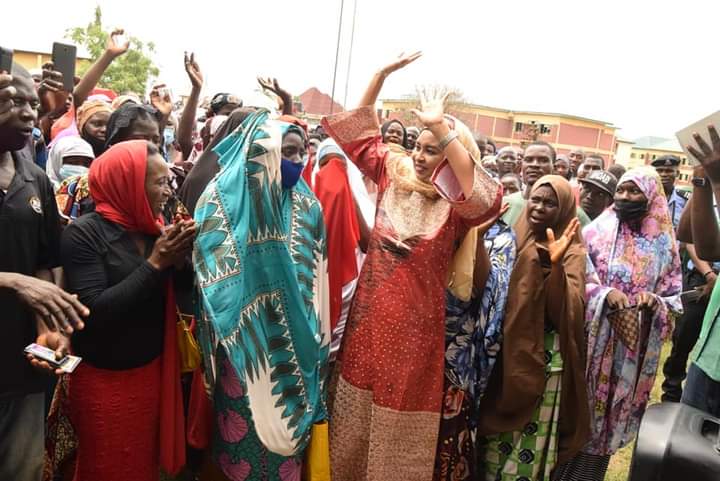 The Federal Government has paid the backlog of Conditional Cash Transfer (CCT) to 74,657 benefiting households under the Household Uplifting Programme (HUP) in Sokoto State.

Head of Sokoto State Cash Transfer Unit, Alhaji Abubakar Balarabe-Binanchi, disclosed this in an interview with our correspondent on Thursday in Sokoto.

Balarabe-Binanchi said the HUP was introduced by the government in 2016 to fortify the social safety net and to uplift the living standards of the poor and vulnerable persons.

The official noted that the gesture had improved household consumption and enhanced the economy of the affected communities, among other benefits.

Balarabe-Binanchi stated that initially, a total of 3,165 people from Tureta, Tambuwal, Binji, Raba and Isa Local Government Areas benefited from the scheme.

The official stated, however, that the programme had been enlarged to cover all the 23 local government areas of the state.

Earlier, the Training and Communication Officer of the Cash Transfer Unit, Sokoto State, Malam Zayyanu Marafa-Shuni, attributed the delay in payments to the strengthening of the system.

According to him, the scheme migrated from the physical cash payment to digital payment system.

“A pilot of digital payment has commenced in Sokoto-South, Sokoto-North, Isa and Tambuwal Local Government Areas, and they all embraced digitalised payment.”

“The first and second phases of payment tranches have been completed and now, the third phase will commence soon,” Marafa-Shuni said.

The official commended Gov. Aminu Tambuwal for providing befitting office accommodation to the scheme, as well as other logistic supports that ensured the success of the programme.

He commended the Minister of Humanitarian Affairs, Hajia Sadiyya Faruk and the National Programme Coordinator, Hajia Halima Shehu, for their commitment towards achieving the desired successes.

JAMB changes literature texts for language subjects ahead of 2022 UTME

Police dock man, 30, over alleged theft of valuables worth N1.1m