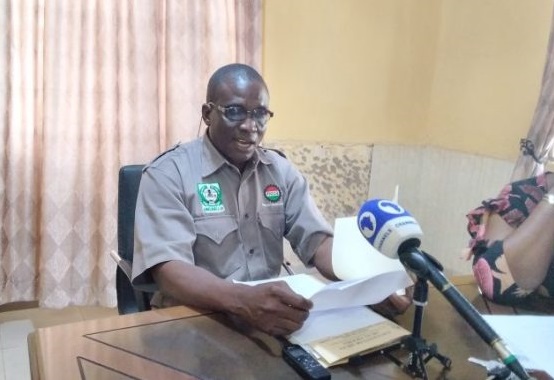 The Academic Staff Union of Universities (ASUU), University of Abuja branch, has called on the Federal Government and security agencies for immediate rescue and release of all abducted members and staff of the university.

The Chairperson of the branch, Dr Kasim Umar, made the call on Thursday at a news conference in Gwagwalada, while reacting to the recent abduction of its members at the university staff quarters.

Umar, who expressed concern over insecurity situation, said that unless stringent and urgent measures were put in place to rescue its members and things might become worse.

According to him, the Senior Staff Quarters were built by President Shehu Shayari’s administration, originally as a Police Barracks at the inception of the university in 1988 and later converted to temporary accommodation for founding staff.

“We demand immediate rescue and release of all our kidnapped members, children and other staff, who are currently being held by the criminals; government should act swiftly to ensure this is done.

“Perimeter fencing around the Staff Quarters should be immediately embarked upon because there is need for effective control of movement around the university’s quarters.

“There should be an active cooperation between the military, other security agencies and the university administration.

“To make this effective, ASUU demands for the establishment of a rapid response unit in the form of a joint task force or police mobile unit or military special force, which could be called upon, in case of any emergency.

“We call for immediate ejection of all illegal occupants and trespassers from the university land.

“There is need to embark on the immediate construction of residential quarters that befit the status of a university in the Federal Capital Territory,” he said.

Umar revealed that the entire staff quarters was in bad shape and the road infrastructure completely deteriorated, adding that parts of the perimeter fence had also collapsed making security around the quarters almost non-existent.

According to him, the students’ hostels are highly unsecure and the entire campus is vulnerable to all manners of attacks.

“Unauthorised individuals have occupied some parts of the university land thereby increasing the state of insecurity on the campus.”