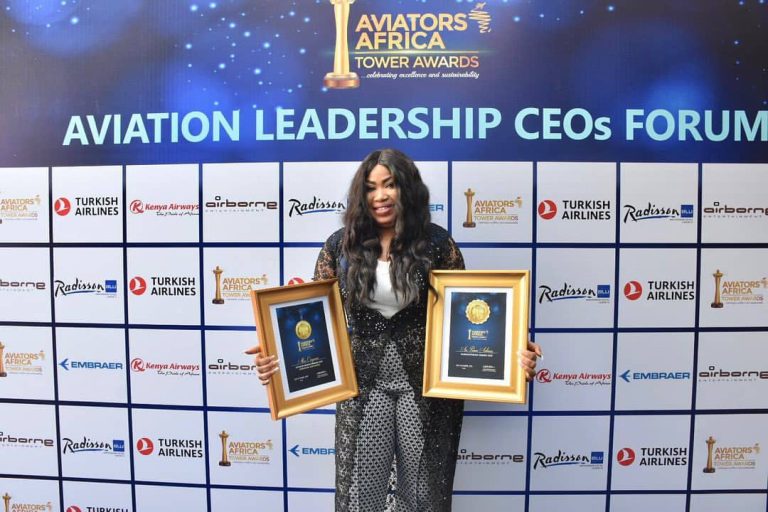 He said according to the organisers, Air Peace got the Humanitarian Award following its many social investments which had impacted Nigerians in various ways.

According to him, this is especially the deployment of aircraft for rescue flights during lockdown last year, corporate philanthropy, massive employment, and other social impact initiatives.

Olisa noted that Onyema was chosen for the Changemaker Recognition Award because of his behemothic strides in advancing the country’s aviation industry.

He added that this includes being the launch customer of the Embraer 195-E2 airplanes in the whole of Africa.

Onyema said he felt abundantly honoured with those prestigious Changemaker Recognition and Humanitarian Awards for 2021.

He said: “My profound gratitude to the organisers of this maiden edition of the Aviators Africa Tower Awards, which is celebrating excellence and sustainability in aviation.

“Aviation is an industry I ventured into solely to empower the critical mass of unemployed Nigerians, not to profiteer.

“This is what motivates me to aim higher and achieve more. When I think about the people in my employ and the challenge of unemployment in Nigeria, I’m propelled to make more giant strides.”

It was reported that the Aviators Africa Tower Award is designed as an event to recognise, celebrate, and honour excellence as well as sustainability within the African Aviation space.

It seeks to appreciate organisations and acknowledge personalities and brands who have contributed enormously to the growth of African Aviation.