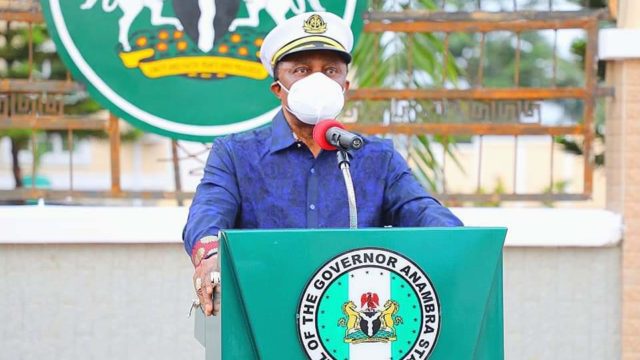 Anambra Governor, Chief Willie Obiano has requested registered voters in Anambra to turn out not only in large numbers for the Saturday governorship election in the state but to do so early.

It was reported that the call was contained in a press statement signed by Mr C. Don Adinuba, Anambra Commissioner for Information & Public Enlightenment.

The governor explained that an early turnout had become necessary because voting would close at 2.30pm and anyone who did not stand in line before the time would not vote.

The statement noted that about two 2.5 million people registered for the election in which 18 political parties, including the ruling All Progressives Grand Alliance (APGA), would participate.

Obiano assured the people that the voting would be peaceful, free and fair and urged them to come out in their numbers.

It was reported that the statement stated that 34,000 policemen have arrived from different parts of Nigeria to boost the 5,000 Anambra State Police Command.

The police command would be assisted by large numbers of men and women from other arms-bearing services like the army, navy, the Civil Defence Corps, the Department of State Security and the National Drug Law Enforcement Agency.

Obiano reminded the people that the Indigenous People of Biafra (IPOB) had not only rescinded its decision to prevent people from voting in the election but also urged voters to come out in droves.

“The IPOB leadership, deserves commendation for listening to the cries of not only Anambra people but also other concerned persons from all over the Southeast and beyond, including traditional, religious and civil leaders”.

He added: “Every leader must endeavor to carry the people along in all its undertakings”.