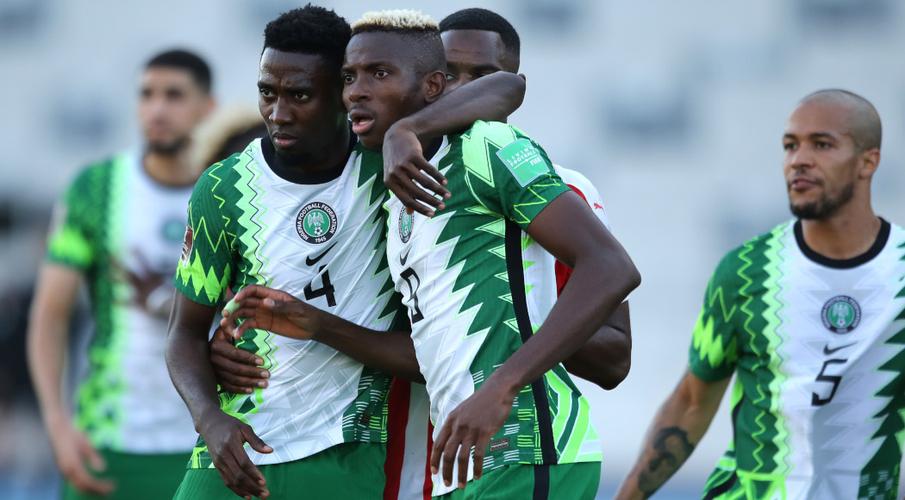 The Nigeria Super Eagles claimed a comfortable 2-0 win over Liberia in the 2022 FIFA World Cup qualification Group C match at the Stade Ibn Batouta in Morocco on Saturday evening.

Therefore, the Super Eagles maintained their two-point lead at the top of the group standings with one game left, while the Lone Star remained fourth on the log with their ambitions of qualifying having diminished.

The Super Eagles exerted pressure in the Lone Star defence from the first whistle with Europe-based forwards Kelechi Iheanacho and Victor Osimhen causing havoc for the hosts’ defence.

The visitors were awarded a penalty after Iheanacho was fouled in the box by goalkeeper Boison Wynney and Osimhen converted from the spot-kick to hand Nigeria a 1-0 lead in the 15th minute.

Pressure continued to mount on the Liberian defence with the Super Eagles looking to double their lead and Jamilu Collins scored after a good move by Nigeria on the half-hour mark, but his goal was disallowed for offside.

Iheanacho, who was busy orchestrating moves for the Super Eagles, set up Osimhen in the 32nd minute, but the SSC Napoli striker missed the target with only Wynney to beat and the score was 1-0 to Nigeria at half-time.

The Super Eagles continued to control the match after the restart, but they couldn’t create clear cut chances and coach Gernot Rohr introduced creative midfielder Chidera Ejuke just after the hour-mark.

The visitors upped the tempo with Ahmed Musa having replaced Iheanacho and they were awarded another penalty after the troublesome Osimhen was fouled by Wynney in stoppage time.

Ahmed Musa stepped up and beat Wynney from the spot-kick to seal Nigeria’s 2-0 victory over Liberia, who recorded their third successive defeat in Group C.

Abuja 2021 Weightlifting : our aim is to discover new talents for the national team, says president