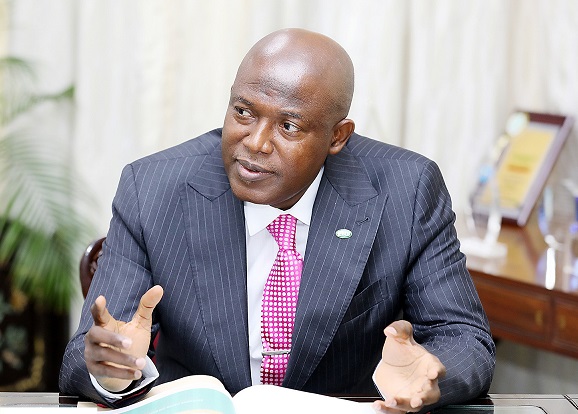 With population in excess of 200 million and access to market across the continent, Nigeria is the most attractive destination for investment in Africa, economic experts say.

The CEOs of First Bank of Nigeria (FBN), Dr Adesola Adeduntan and Bank of Industry (BoI), Mr Olukayode Pitan, stated this respectively at a Nigeria International Partnership Forum in Paris.

Presenting a paper at the forum, Adeduntan said with the coming into effect of African Continental Free Trade Agreement, investing in Nigeria would give access to market across Africa.

He said with GDP of about 500 billion dollars and the projection that Nigerian population would grow from more than 200 million to 450 million people by 2050, the country was an investors’ haven.

Besides, the banker said there is abundance of natural resources, hydrocarbon and other solid minerals deposits in the country.

“Lagos, the commercial nerve centre of Nigeria, was ranked as the best city for technology starts up of the continent, boasting of three of the world known telecoms in the continent.

“Nigeria also attracted about 39 per cent of the venture capital investments that came to the continent in 2020,” Adeduntan said.

He noted that agriculture contributed 24 per cent to the GDP and engaged 36 per cent of the labour force in the country thereby “Using a back of the envelope calculation, if every Nigerian spends the sum of N500 daily on food, we are looking at the food sector running into trillions of naira.

“`The government by way of fiscal policies, has also enacted several policies that are creating enabling environment to attract investments in agriculture.

“There is also a renewed focus on industrialisation, and the whole essence is that we are building Nigeria to become the hub for manufacturers in the sub-region (West Africa),” he said.

Adeduntan said Nigeria had recorded significant growth in the Ease of Doing Business and there are potential for investment in the ICT sector.

He said government had created some financial institutions that are essentially geared towards providing long term financing to aid foreign and indigenous investors.

Speaking in the same vein, Pitan, the BoI Managing Director, said on the average, Africa imported about 594 billion Dollar worth of goods and 152 billion dollars in services.

The banker said Nigeria, being the biggest market in Africa, any smart businessman should look at any of the areas to invest, using Nigeria as the base.

“The BOI is the oldest policy bank with 52 years experience, and it is there to support investors who are ready to establish in the country,” he said.

According to Pitan, the Bank lends money to investors on long term basis with eight to nine per cent interest.